Nicki Minaj fans were convinced the rapper was pregnant after 'spotting a baby bump' in her the music video for her song 'Trollz' with rapper Tekashi 6ix9ine and now Nicki has confirmed that she is indeed pregnant.

Taking to Instagram, Nicki confirmed her pregnancy by posting a picture of her baby bump alongside the word '#Preggers'.

The exciting news will please fans after months and months of speculation about Nicki being pregnant and fans have already flooded the rapper's comments congratulating both Nicki and her partner Kenneth Petty.

The 'Chun-Li' rapstress had previously uploaded a behind the scenes shot from the 'Trollz' music video which convinced fans she was pregnant.

Nicki was sat down on a chair, wearing high waisted shorts and was pictured completely topless and after the 37-year-old star bared all in the music video, many fans took to Twitter, sharing zoomed in snaps of the photo, claiming that Nicki's 'baby bump' is on show.

One fan wrote "Nicki Minaj pregnant or ??? cause this whole video she hiding her belly & her breasts HUGE".

Another fan wrote "YALL IM FR ABOUT CRY LIKE OMG THERE IS NO WAY SHE ISNT PREGNANT". See below for other fans comments.

Earlier this year, the 'Yikes' rapper, shared a cute video of Petty rubbing her stomach on Instagram and it sparked pregnancy rumours.

Shortly after Nicki posted the video, her fans flooded the video with comments suspecting that the Queens rapper is pregnant with Kenneth Petty's baby, but Nicki soon responded to some of those quizzing her.

After one fan commented 'Girl are you pregnant or not', Nicki responded by saying 'Why I feel like I'm about to get a beating? Y'all swear y'all my mother chile. I'm pregnant with so many ideas of this album. It'll be my best'.

Another fan then questioned why Kenneth keeps rubbing Nicki's stomach in Instagram videos and Nicki replied saying, 'babe u gotta ask him. He rubs my feet & my stomach. Ima tell him stop rubbing my stomach tho. Cuz chile...'.

It's also not the first time Nicki and Kenneth had seen pregnancy rumours about them start. Back in June 2019 Nicki took to Twitter to promote her new single 'Megatron' writing "...who’s ready for MIDNIGHT?!!!!" alongside a video of Petty.

The video showed Petty, 41, rubbing Minaj's stomach for quite a while and Minaj's fans quickly took to social media, questioning whether they could be hinting at Minaj's pregnancy.

One fan commented underneath the video on Twitter writing: "Yasss!!! Kenny is spilling sum tea by rubbing your tummy with his zaddy hands".

Nicki Minaj has faced pregnancy rumours for quite a while now, having previously jokingly announced she's pregnant on Queen Radio. Nicki also took a break from the spotlight after appearing at The Met Gala 2019, leaving fans questioning whether she was pregnant.

a baby is coming period

What’s up with the tummy rubbing? You pregnant huh

Congratualtions to Nicki and Kenneth! 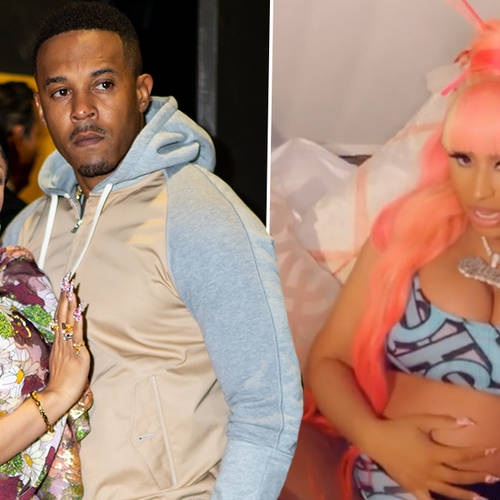 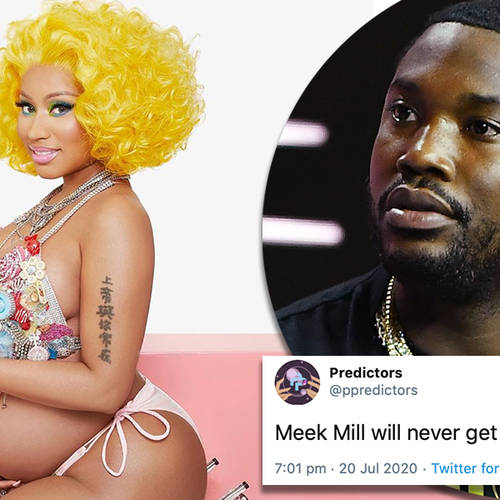 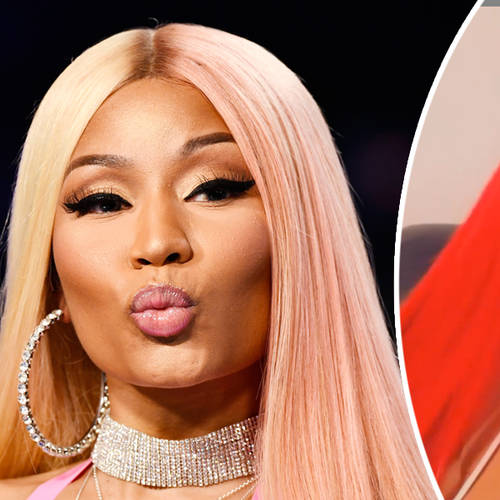