The 'YAYA' rapper shared the last direct message he received from the late XXXTentacion before his death.

Tekashi 6ix9ine has shared the final message he received from late rapper XXXTentacion before his tragic death.

It appears the message was sent prior to 6ix9ine's racketeering arrest in November 2018, but was in reference to a previous arrest of his before XXX's death.

"Yo, be safe, OK? Never let your guard down," says 6ix9ine, 24, as he reads XXX's messages from his phone. The other reads, "When you get out, move smarter, more patient and more relaxed."

"So, X was looking out for me," said 6ix9ine. "Telling me, 'Yo, move smarter.' Matter fact, X said this, 'Don't let your guard down.' Same thing with Pop Smoke, Nipsey Hussle. You don't move with security, you're p***y.

"You need to change the f*****g game. If you with security doesn't make you p***y, it makes you smart. If X, who's my friend, woulda had security, we would've had a legend in the making still living."

XXXTentacion, whose real name was Jahseh Dwayne Ricardo Onfroy, was fatally shot in Deerfield Beach, Florida during a robbery at a motorcycle dealership. 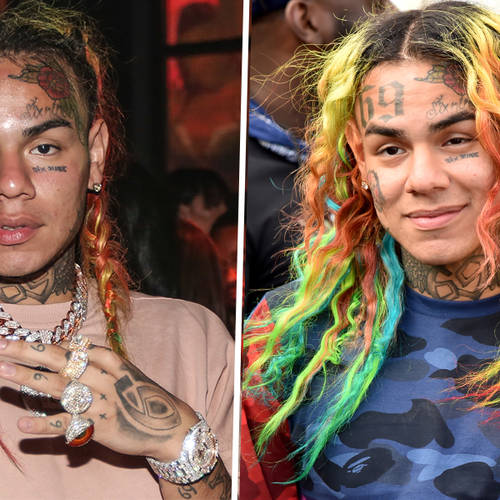