The 'TROLLZ' rapper - who is currently dating a model named Jade - was seen getting up close and personal with a bikini-clad dancer.

Tekashi 6ix9ine raised eyebrows this week after posting a NSFW video of himself getting a lap dance from a bikini-clad model.

The 'TROLLZ' rapper is currently in a public relationship with model and bartender Jade - or 'OhSoYouJade' on Instagram - but was seen getting very close to an unknown woman in a video promoting his new music.

The brunette dancer also bares a resemblance to Sara Molina, 6ix9ine's ex-girlfriend and the mother of his eldest daughter, Saraiyah.

At one point at the beginning of the video, 6ix9ine - whose real name is Daniel Hernandez - appears to lightly kiss or put his mouth to the woman's arm before she starts dancing on him.

People soon jumped in the comments in defence of his girlfriend Jade, with DJ Akademiks writing, "I'm snitching on u to Jade..." while teen rapper Woah Vicky said, "where jade at".

Jade, whose real name is Rachel Watley, began dating 6ix9ine just a few weeks before he headed to prison on numerous racketeering charges at the end of 2018.

Jade and her sister Baddie Gi, along with four other models, were recently backing dancers in the music video for 6ix9ine's single 'GOOBA', his first song and music video since his release from jail.

Both Jade and 6ix9ine are yet to address the video.

Sara Molina, who has previously been accused of sleeping with 6ix9ine's former manager Shotti, recently claimed that the rapper hadn't seen his daughter since his jail release.

Molina also claimed that 6ix9ine is ashamed of being labelled a 'snitch' and that he's trying to hide his feelings with humour. 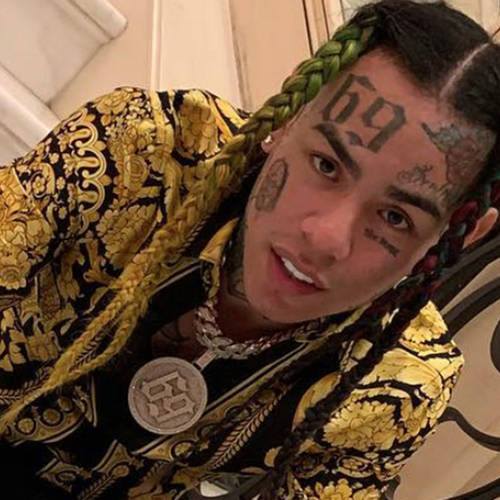 Why was Tekashi 6ix9ine in jail?

Jada Pinkett-Smith's Red Table Talk on August Alsina: how to watch & when is it airing?