Ammika Harris gave birth to Chris Brown's son, Aeko Catori, in November 2019 - but who really is she?

Ammika Harris and Chris Brown welcomed their son Aeko Catori, in November 2019, and the on-off couple are rumoured to be dating again.

The 'Fine China' singer, 31, appeared to confirm his romance with his "boo" Ammika in a gushing birthday dedication, writing, "YOU ARE LIGHT, YOU ARE LOVE, and you are BEAUTY. THIS YO DAY.... I LOVE YOU."

But who actually is Ammika Harris? Here's everything we know about Chris Brown's baby mama.

Who is Ammika Harris?

Ammika Harris is an American model and influencer who has modelled for clothing brands such as FashionNova and PrettyLittleThing on her Instagram.

She resides in Los Angeles, California, but is currently living in Germany with her son Aeko as coronavirus-related travel restrictions won't let her back into the US. She was shooting for FashionNova out there when the travel ban was put in place.

Ammika was first romantically linked to Chris Brown in 2015, shortly after his split with Karrueche Tran. In January 2019, she was spotted with the singer on numerous outings in Paris, France during the city's Fashion Week.

Since then, the couple have been rumoured to be dating on and off before welcoming their son Aeko Catori in November 2019. Aeko is Ammika's first child and Brown's second, as he shares daughter Royalty, 5, with ex Nia Guzman.

Ammika and Chris are rumoured to be dating again after sharing an on-again-off-again relationship since 2015, having reunited again in 2019.

The couple never officially announced their pregnancy, but Brown got the rumour mill spinning in May 2019 when he referred to Ammika as his 'BM' (baby mama) on Instagram.

From that point on, the pair exchanged flirty messages back and forth via social media. In the midst of this, however, Brown left a suggestive comment on a photo of ex-girlfriend Rihanna, clad in lingerie.

Brown wrote "I wanna be the lamp," referring to the lamp lying next to Rihanna, later posting a photo of his face edited onto the lamp, sparking confusion among fans.

However, since the birth of Aeko, fans have presumed that the pair are still together after Breezy left a heartfelt dedication to his "boo" Ammika on her birthday, writing, "YOU ARE LIGHT, YOU ARE LOVE, and you are BEAUTY. THIS YO DAY.... I LOVE YOU."

What is Ammika Harris' nationality?

Ammika Harris describes herself as 'blasian with cherokee blood' in her Instagram bio. Blasian is a term used to describe a mixture of black and Asian heritage, while Cherokee refers to Native American ancestry.

Ammika once shared a black-and-white photograph of her parents on social media - which she has since deleted - where she called them her "heart and soul."

People have speculated online as to whether her mother is from Thailand but are unsure of her father's lineage.

Ammika Harris goes by @ammikaaa on Instagram. The model posts a mixture of selfies, outfit photos and pictures of her son Aeko.

> Download Our Free App For All The Latest Chris Brown News!

Chris Brown vs Usher lined up for 'Verzuz' battle on Instagram 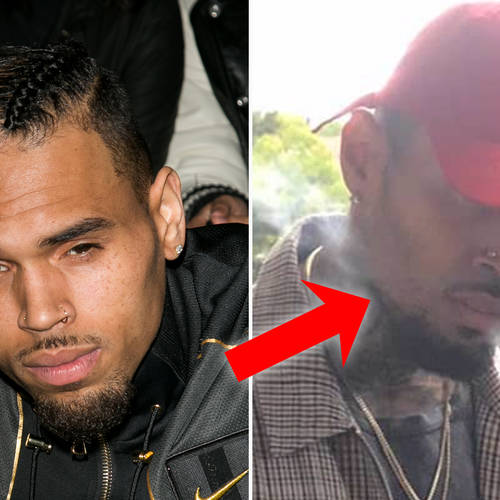 Black Lives Matter UK: How can I donate?