Brooklyn rapper Tekashi 6ix9ine may have violated his parole, by exposing Snoop Dogg "cheating on his wife" with an Instagram video.

Tekashi 6ix9ine is potentially be risking his freedom as reports suggest the rapper may have violated his parole. This comes after the rapper exposed Snoop Dogg for allegedly cheating on his wife on Instagram.

The rainbow-hair rapper allegedly shared a photo from Snoop and Celina Powell's alleged sex tape, which may have caused legal tension in regards to his current situation.

#tekashi69 snitches on #snoopdogg for cheating on his wife 😳😳😳😳

6ix9ine also posted a video of Snoop Dogg video calling Celina Powell and quickly deleted the post, possibly after realizing that he has violated the terms of his early prison release.

Due to California law, it is illegal for "any person who intentionally distributes the image of the intimate body part or body parts of another identifiable person, or an image of the person depicted engaged in an act of sexual intercourse."

DESCRIBE ME IN ONE WORD 🤔

The "GOOBA" rapper may have also violated California's wire-tapping laws. In the video, it seems as though Snoop wasn't aware that he was being filmed, making it a crime.

While 6ix9ine might not be the one who filmed the video, distributing or spreading any "secretly" recorded video on the Internet is also deemed illegal.

According to MTO News, at least a dozen of Snoop's fans have reported the "Gooba" hitmaker both to the Federal Bureau of Investigation and specifically lettered to the federal judge who released him from prison early.

However, it is unclear whether the FBI is investigating the matter.

Let us know your thoughts @CapitalXTRA

Tekashi 6ix9ine trolled for "making out with his dog" in video 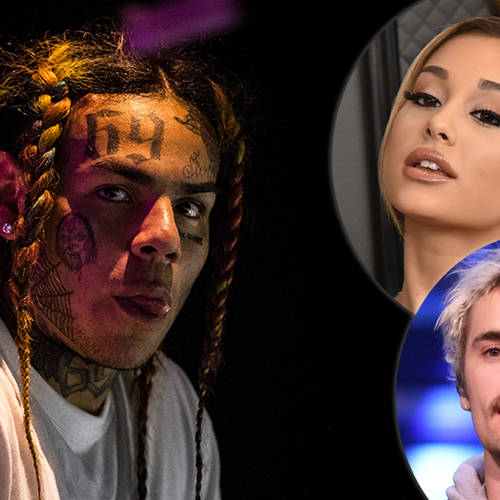