The reality star’s first child is now one month old.

It’s been one month since Kylie Jenner and Travis Scott welcomed their first child, and now Kylie has shared the first full images of their baby daughter Stormi.

The reality TV took to Instagram to post two photos of herself holding her little girl, who was born on 1st February 2018.

"Angel baby is 1 month old today," wrote Kylie in the caption of the long-awaited photos.

Travis - who recently splashed out on a $1.4 million LaFerarri as a ‘push present' for Kylie - also took to social media to commemorate the day.

"My lil mama 1 month today. Her favorite unit of course,” he wrote alongside a photo of Stormi wearing a pink jumper with ‘Daddy’ emblazoned on it.

Kylie also shared a Snapchat video showing hundreds of flowers that Travis had delivered to Kylie on the special day with the caption "Ok baby daddy". 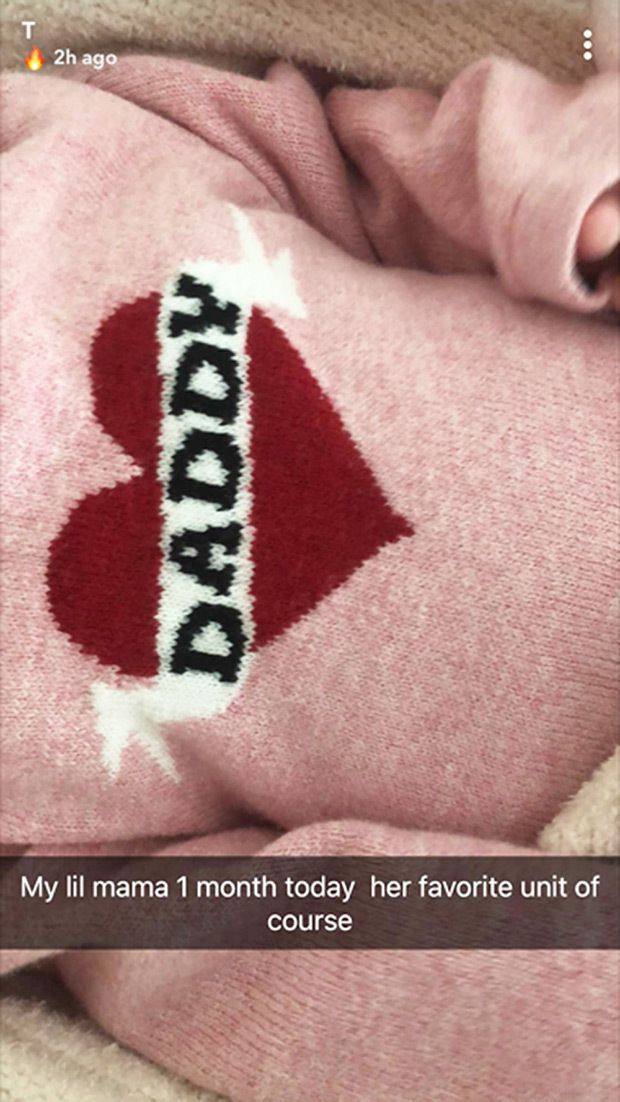 Up until now, Kylie has only given glimpse of her baby girl, showing just her hands and cheeks in her original announcement Instagram post.

The 20-year-old, who is recently released a new cosmetics collection in honour of little girl, revealed that Stormi looks "just like her" as a baby.