The 'WAP' rapstress filed for divorce from Offset less than a month ago.

Cardi B has confirmed she and Offset are back together, just 27 days after she filed for divorce from him.

The 28-year-old 'WAP' rapper and her Migos rapper husband were spotted partying together in Las Vegas for her birthday earlier this week, with Offset even gifting her a lavish Rolls Royce.

Cardi, real name Belcalis Almanzar, took to Twitter yesterday (15 Oct) to slam accusations claiming Offset was abusive or manipulative towards her during their relationship.

"Abusive? Girl I'm the one that do the hitting and the s*** talking," she wrote in a since-deleted tweet, the Daily Mail reports.

Cardi later shared an 'apology' video to her Twitter followers for getting back with Offset, whose real name is Kiari Cephus.

"I’m sorry that you guys all date doctors and pastors and y’all husbands and y’all boyfriends are good guys, and buy you flowers every two weeks, that don’t do nothing bad, y’all don’t get into arguments. I’m sorry, I’m not that type of b***h. I’m the b***h, one day I wanna be with a n****, the next day I f***ing don’t."

Imma just give ya a apology because ya want me to apologize for living MY LIFE the way that ya live https://t.co/3egfd0WYYw sorry .Im not perfect I don’t want to be neither . pic.twitter.com/bxYBgCkhl8

A source reported to People that Offset's cheating was the reason for the split, claiming "Offset has pretty much cheated the entire time but Cardi looked the other way because of the baby." 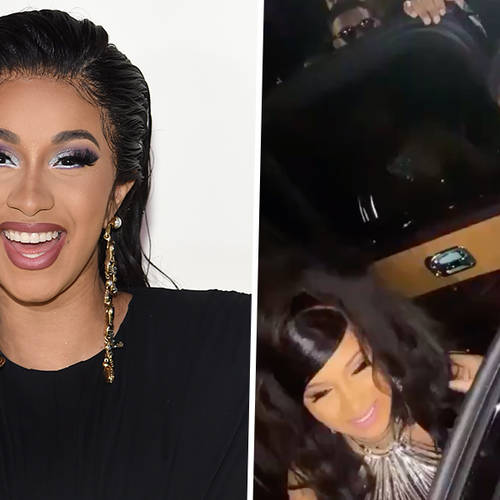