50 Cent has attempted to explain himself...

50 Cent has denied mocking actor Terry Crews for claiming he was sexually assaulted by a Hollywood agent.

The New York rapper, who faced a huge backlash for his reaction at the time, addressed the situation during an interview with US television show The View.

“I would never make fun of any sexual-assault victim,” he began.

“I wasn’t looking at Terry Crews that way at that point. I’m looking at the Hulk, the guy that’s this big, being taken advantage of.”

50 continued: “When the males that are here now, if you ask them if someone touched them without their consent, would they go, ‘Yo, whatchu doing?’

“Nothing more but ‘Whatchu doing?’ And in the Senate, when [Crews] was talking about it, he said he didn’t even respond by doing that.”

See a clip from the interview above.

Meanwhile, 50 Cent was recently brought out by his mentor Eminem during his recent show at London’s Twickenham Stadium.

The New York rapper came on stage to perform some of his biggest hits including ‘In Da Club’, ‘Patiently Waiting’, ‘Candy Shop’ and more. 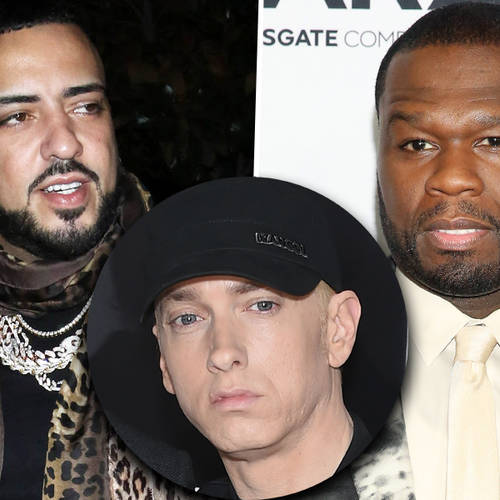