Has Kylie Jenner took her relationship with Travis Scott to the next level?

Kylie Jenner has sparked rumours that she is currently engaged to Travis Scott after she was spotted with a huge diamond ring over the weekend.

The 20-year-old reality star, who is yet to confirm her pregnancy, was spotted with the ring as she left her sister Kim Kardashian’s baby shower in LA.

She also posted the huge diamond ring on Snapchat, as she drove her Bentley to the event. 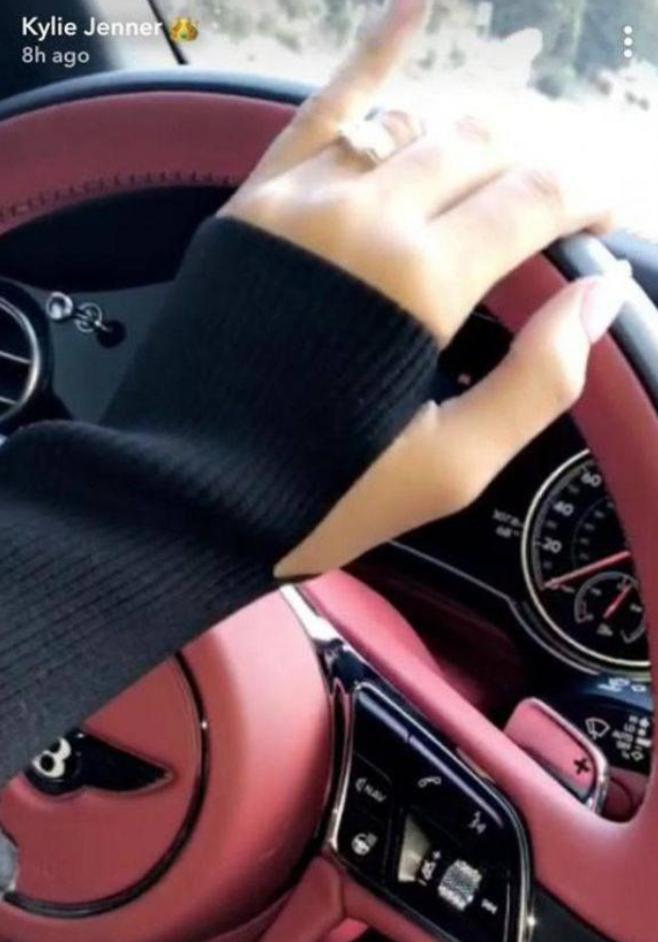 Meanwhile, Kylie Jenner has continued to fuel rumours about her apparent pregnancy for months.

The reality star recently responded after The Daily Mail released exclusive pictures of her appearing to look pregnant while at an airport.

She also teased fans about the sex of the expected child, after posting a picture of herself wearing pink jewellery on Instagram and suggesting she was going to a photoshoot.

And fans have taken to Twitter to give their take on the latest Kylie Jenner rumours:

@KylieJenner ARE you engaged??!! your snap story

Meanwhile, Kylie Jenner’s boyfriend Travis Scott was in London over the weekend, performing at the 2017 MTV EMAs alongside Eminem, Stormzy and more.

The rapper hit the stage riding a giant eagle, while he performed his latest single ‘Butterfly Effect’.