Kylie claims the press are lying.

Kylie Jenner has responded after the first pictures of her rumoured baby bump were leaked online.

The 20-year-old reality star has been very cryptic about her pregnancy since the news was leaked in September.

However the Daily Mail has posted exclusive paparazzi pictures of Kylie Jenner at a small airport, looking larger than usual.

She wore an oversized black Yeezy ‘Calabasas’ jumper and matching sweatpants as she waited for a private jet with Kris Jenner and Kourtney Kardashian.

"We are awaiting confirmation on her much talked about pregnancy and in this latest outing we are starting to see a bit of a growing baby bump," the Daily Mail wrote.

However Kylie Jenner quickly fired back on Twitter: "First of all if you're going to photoshop my photos blogs/paps!! Check for the crooked lines in the background. 2nd photo is clearly altered."

First of all if you’re going to photoshop my photos blogs/paps!! Check for the crooked lines in the background.2nd photo is clearly altered pic.twitter.com/c9fi0EyhWB

She then took to Snapchat to take a full frontal photo of herself alongside Khloe Kardashian, who is also rumoured to be pregnant.

Jenner is wearing the same outfit in a convience store. 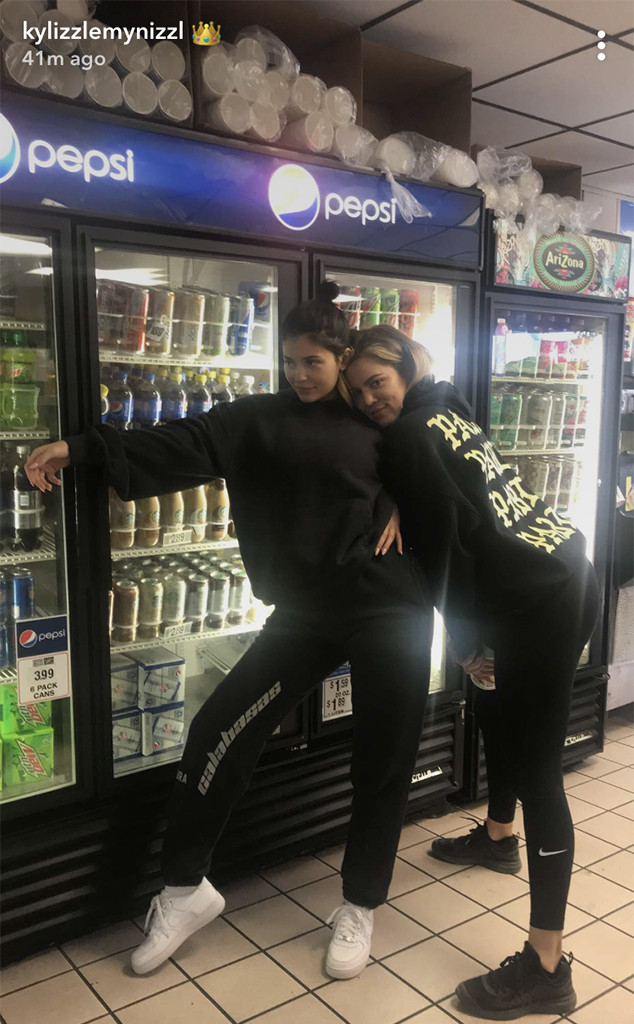 The paparazzi photos were taken by a photographer from X17Online, which responded to the Kylie’s tweet, saying the pics are "100% REAL! No Photoshop, #nofilter, no additives, no preservatives—all organic and all REAL!"

The Daily Mail also made it clear in their story that “DailyMail.com can confirm the pictures have not been digitally altered."

Meanwhile, it is rumoured that the Kardashian family plan to officially reveal their pregnancies in Kris Jenner's annual Christmas card.

Last week, Kylie Jenner teased fans about her rumoured baby's sex by wearing some pink jewellery and hinting she was heading to a photoshoot.