A photographer watched Drake's private plane as it was leaving Barbados and spotted a message written underneath the giant aircraft.

Drake truly flexed on us all last year after he unveiled his very own private plane, a giant Boeing 767 dubbed "Air Drake".

The Canadian rapper, 33, took a post-lockdown vacation to Barbados earlier this month to kick back and relax with his friends, and naturally they traveled via the colossal aircraft.

Taking a break from working on his hotly-anticipated sixth studio album, Drake hit up the tropical island for a couple of weeks before heading back to Canada a couple of days ago.

Photographer Justin Catwell, whose Instagram handle is @photosbyjustinc, took a snap of the Virgil Abloh-designed plane as it arrived in Barbados in all its glory, and also captured the moment it departed.

As it took off, Catwell managed to get the perfect shot of the message emblazoned underneath the plane, which reads "If you're reading this we left," a reference to Drake's 2015 mixtape 'If You're Reading This It's Too Late'.

Earlier this year, Off-White founder Virgil Abloh penned the blue-and-white paint job for Drizzy's multi-million dollar jet, reminiscent of the artwork for the rapper's third album 'Nothing Was the Same'.

The jet - which reads 'Air Drake' on one of the engines and 'Abloh Engineering' on the rear - was announced as a partnership with Cargojet, who reportedly gave Drake the $200 million Boeing 767 to generate publicity. 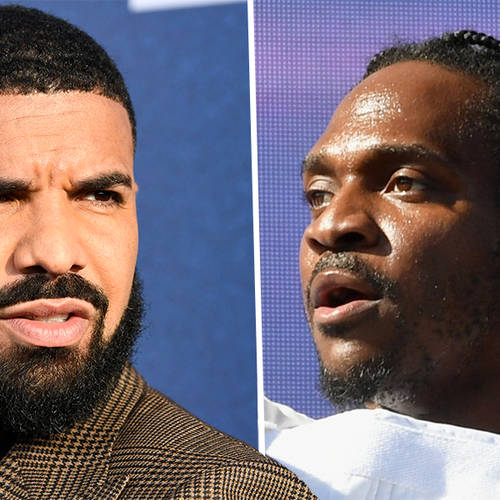