Cardi B has announced that she will no longer be performing on Bruno Mars' 24K Magic tour.

The 'Bodak Yellow' rapper, who gave birth to her daughter Kulture Kiari earlier this month, has said that she isn't physically or mentally ready to hit the road.

"I think I underestimated this whole mummy thing," she wrote in a statement on Instagram, labelling the move as the "hardest decision to make".

"I'm not ready to leave my baby behind," she added. Cardi also mentioned that her doctors explained to her the health risks of bringing such a young baby on tour with her. read her full statement below.

I hope you guys understand .This have been such a hard decision .I want to thank @brunomars for understanding .

The Grammy Award-nominated rapper thanked Bruno for his understanding following her announcement. Soon after Cardi's post, the Mars took to his own Instagram to share his support for his 'Finesse (Remix)' collaborator.

"Most important thing is you and your family's health," he wrote. "You are absolutely doing the right thing." The singer also vowed to play 'Bodak Yellow' every night in honour of Cardi.

The 24K Magic tour is set to kick off it's North American leg on September 7th in Denver. Cardi's replacement is yet to be announced.

Fans took to Twitter to express their disappointment following Cardi's departure from the tour, while many shared words of support and love in light of the rapstress's decision.

Cardi B really thought it would be a good idea to bring her 6 week old baby on a country-wide tour? pic.twitter.com/INwQs1Fwwc

Cardi B pulling out of the 24k Magic Tour bc she’s listening to the doctors & wants to do what’s right for her baby is so important.
She needs to feel nothing but support for this decision, bc so many celebrities don’t seem to care abt anything except themselves.

Cardi B really thought she would be able to bring Kulture on tour 6 weeks after being born? pic.twitter.com/i55W4PKNvW

It’s ok Bardi! Mommy duty is more important!! Get well, recuperate mentally and physically, then go on your #InvasionOfPrivacy tour! I’ll be the first in line to get tickets, I’m sure the rest of #BardiGang feels the same! We love you!!!!

Cardi B isn’t going on tour with Bruno in the fall. Brb while I go cry in a corner

Who is Cardi B and Offset’s daughter? Name, age, Instagram and more facts 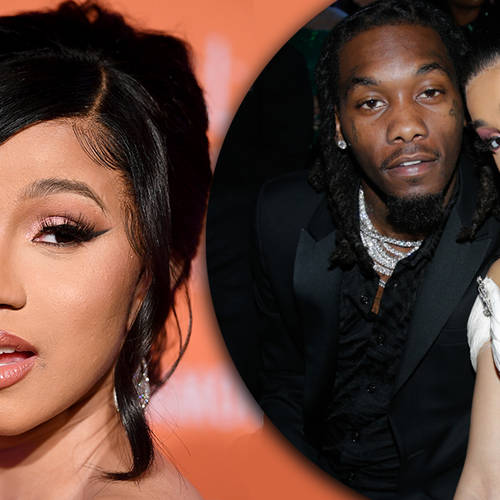