Fergie Is Getting Roasted For Her “Shocking" National Anthem Performance 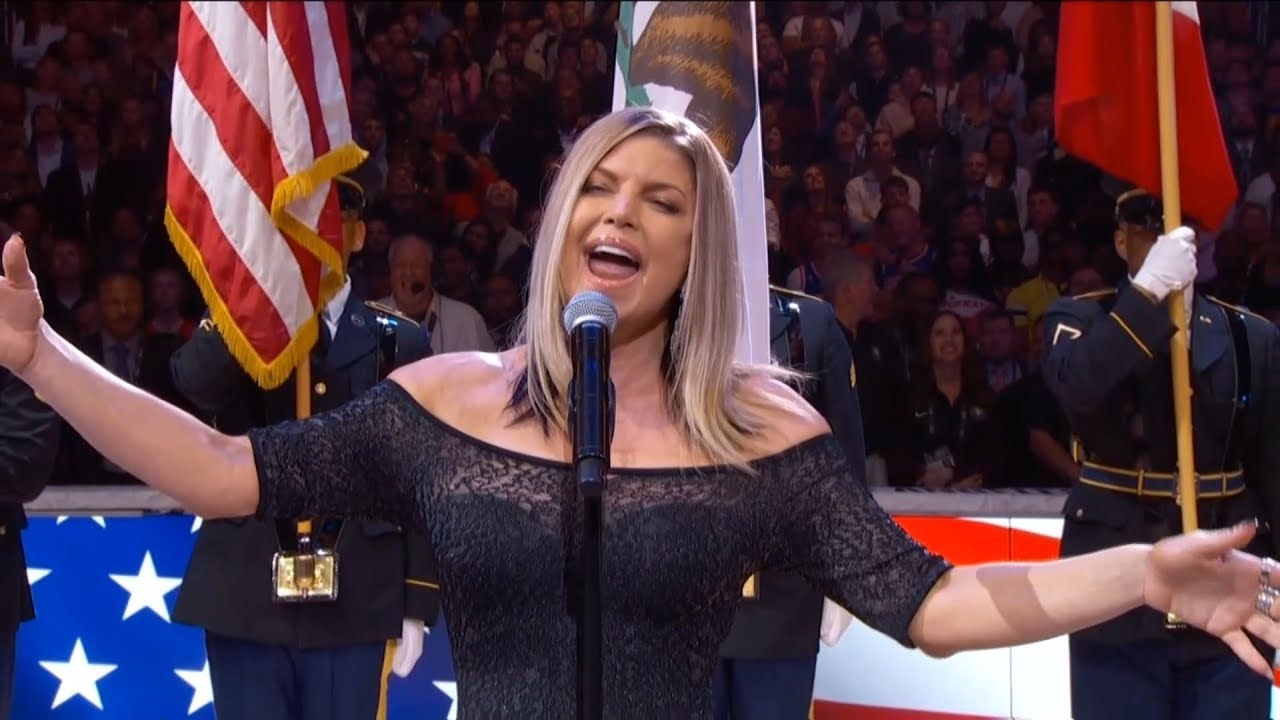 Viewers were left baffled on Sunday night after Fergie performed a "bizarre", "sexed up" version of the US National Anthem at NBA All-Star game.

The former Black Eyed Peas member decided to put a slow jazzy spin on her rendition of 'The Star Spangled Banner' and it didn't go own as well as she likely hoped.

While people at home cringed through their screens, attendees and players at the event were also left bewildered - the performance garnered giggles from Jimmy Kimmel, Chance The Rapper, Draymond Green and Joel Embiid to name a few.

Soon after the performance aired, people were quick to voice their critique on Fergie's vocals and chosen style on Twitter. Some even went as far as to cal it the "worst rendition ever".

Literally dying at these reactions. Fergie with the worst rendition ever. Embiid pic.twitter.com/ociAsWf0LC

It’s possible this is the worst rendition of the national anthem ever. Like, all-time. Has to be a joke, right? #NBAAllStar

Fergie with the absolute worst rendition of the national anthem that I have ever heard in my entire life. No exaggeration. That was awful.

Fergie’s anthem woke pigs and sheep in petting zoos all across America.

Thanks Fergie- now I know what the National Anthem would sound like if Carol from accounting sang it after five mango daiquiris.

I might be able to retire after this one. #Fergie pic.twitter.com/gSsVJKTUHL

Fergie is yet to respond to the reaction.

The NBA All-Star Game saw LeBron James lead his team to victory against Steph Curry's, following a 148-145 win at the Staples Centre in Los Angeles.

Beyonce attended the game with her daughter Blue Ivy and her mother Tina Lawson while Cardi B, Kevin Hart, Queen Latifah and more were also at the venue to spectate the game.