This image appears in the gallery:
Rihanna Facts: 22 Things You Need To Know About ‘Wild Thoughts’ Singer 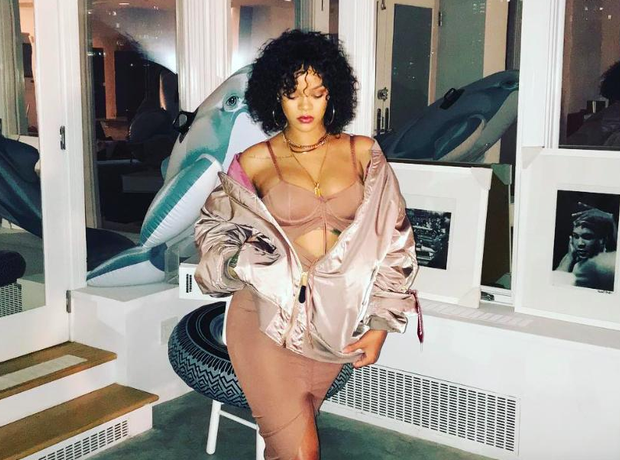 People began speculating that Rihanna was pregnant in the summer of 2017 following a number of public appearances, and particularly in light of her rumoured ongoing romance with Saudi businessman Hassan Jameel. A photo of Rihanna wearing a silky pink bomber jacket covering her stomach prompted further speculation in October 2017, but Rihanna is yet to specifically address the rumours.