This image appears in the gallery:
21 Facts You Need To Know About 'rockstar' Rapper Post Malone 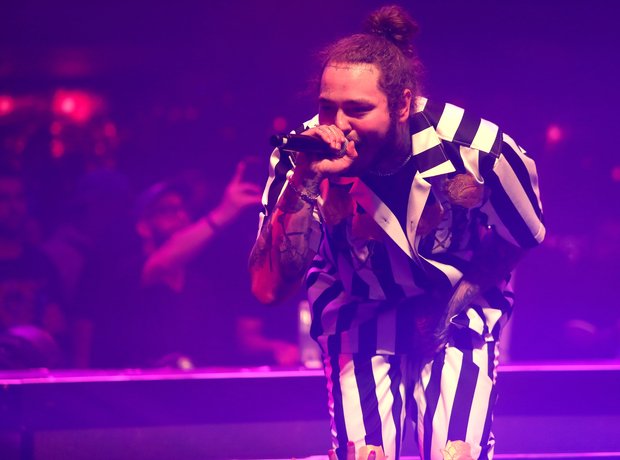 Post Malone often experiments with the genre of his music, choosing to make songs influenced by Hip-Hop, R&B, Trap, Pop and Rap. However Post is primarily a rapper and often collaborates with fellow rappers on his albums, guest features and singles. Picture: Getty