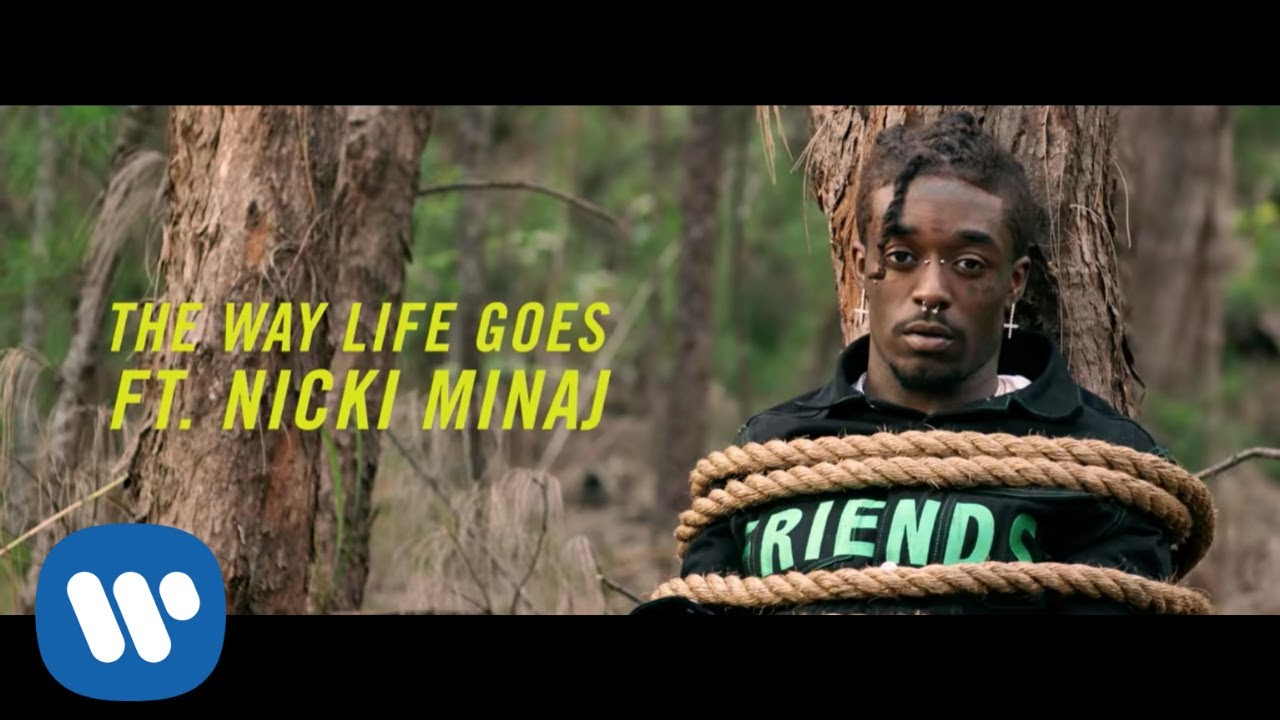 This is seriously creepy!

Lil Uzi Vert and Nicki Minaj have released the horror-themed visuals for the official remix of his song ‘The Way Life Goes’.

The two rappers head to the forest for some very eerie music video, that features Uzi tied to the trunk of a tree, while Nicki is seen holding a knife and plotting.

As the video progresses, Lil Uzi Vert appears to be suffocated and buried by a female murderer.

The seductive killer then throws him into the grave and shovels mounds of dirt onto his dead body.

Watch the DAPS-directed video above.

The rapper released a deluxe version of the album in November, which included four additional songs.