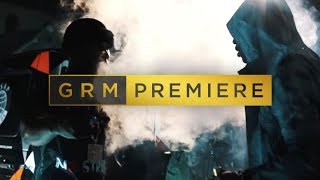 The Grime MC, who sparked rumours about a relationship with model Naomi Campbell, has turned the attention back to music with a collaboration alongside UK rapper Suspect.

Drake And Skepta: The History Of Their Relationship

While Suspect adds some similarly aggressive lyrics: “Who am I? I get around, man, Sicko with the pow, man, Reppin' for the South.”

The official music video sees the pair in a music theatre before they head outside into what appears to be the car park.

Watch the official music video above.

Meanwhile, Drake and BlocBoy JB’s original version of ‘Look Alive’ debuted on the Billboard Hot 100 chart at No. 6.