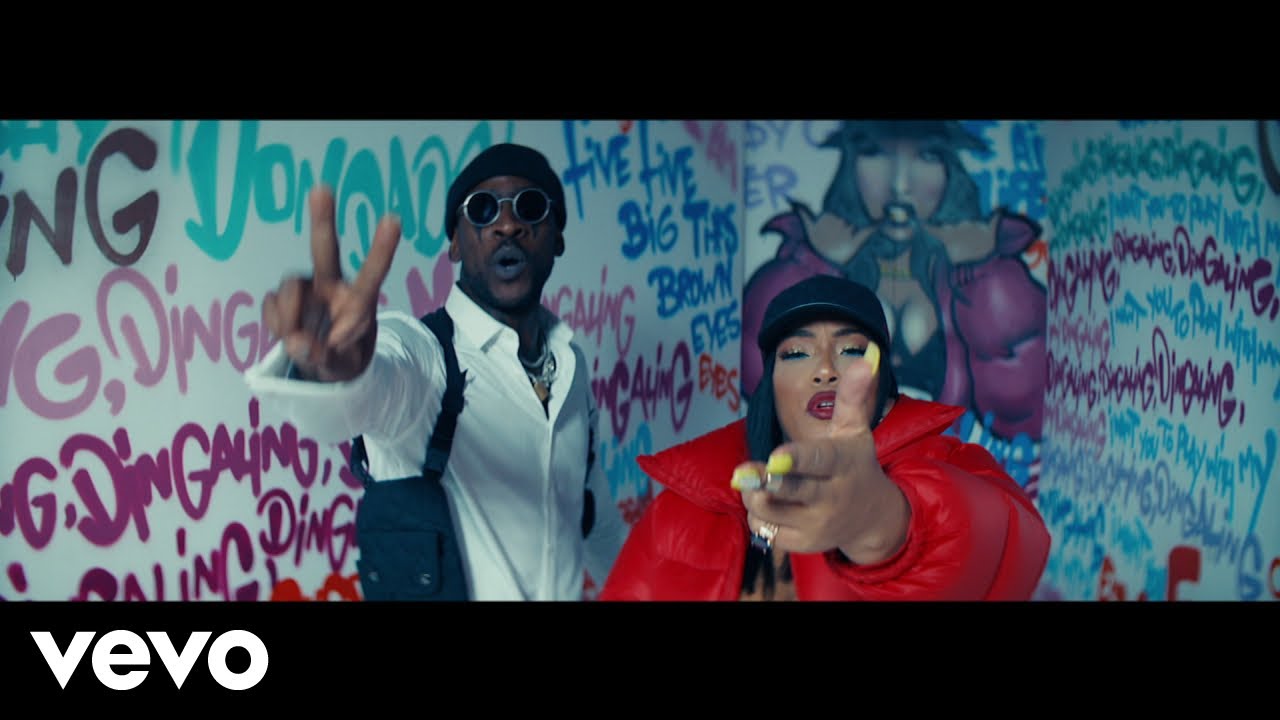 The British rappers team up for some epic visuals.

Stefflon Don has dropped the colourful visuals for her collaboration with Skepta, 'Ding-A-Ling'.

The British rapper linked up with the Mercury Prize-winner at the end of last year for their catchy track, which is now accompanied by an energetic music video.

In the clip, Steff and Skepta trade bars in a graffiti-covered room while groups of dancers show off their slick moves.

Decked out in an array of glossy outfits, the '16 Shots' starlet struts alongside a super-imposed tiger at one point before handling a real-life tarantula.

Watch the video for 'Ding-A-Ling' above.