Watch Kendrick Lamar's Soulful Performance Of 'These Walls' On Ellen 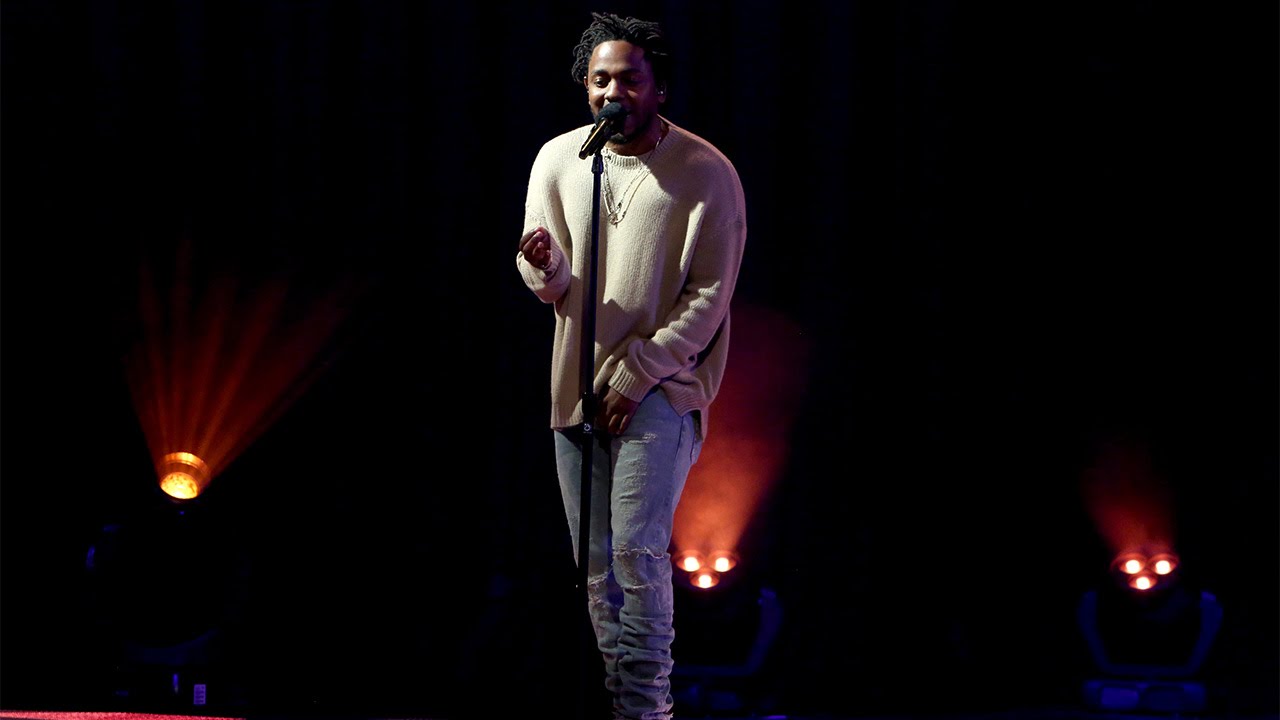 The Compton rapper talked his collaboration with Taylor Swift.

Kendrick Lamar made a rare television appearance on The Ellen DeGeneres Show yesterday.

The Compton rapper performed 'These Walls' from his chart-topping album 'To Pimp a Butterfly'. The performance was relatively low-key with Kendrick accompanied just by a dancing couple.

K.Dot was spotted shooting the video for his next single, 'Alright', in California over the weekend. A snap from the video shows him receiving a hero’s welcome carried by a crowd.

He also spoke to Ellen about his recent collaboration on 'Bad Blood' with Taylor Swift. "I've always been a fan of hers and she was a fan of my music. She reached out and we got it done," he said.

His collaboration with Swift reached the top of the Billboard Hot 100 this week, giving Kendrick his first No. 1.