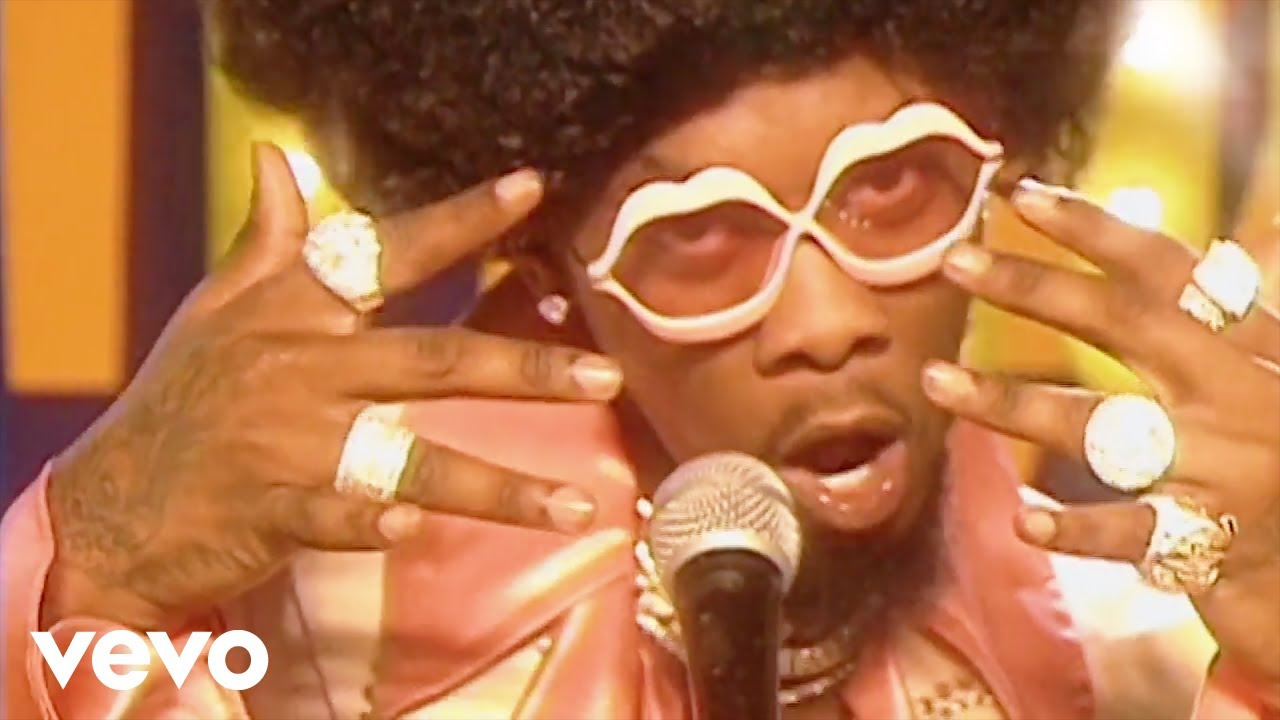 Migos and Drake took it back to the 1970s on their latest video.

Migos and Drake have teamed up for some seriously retro visuals for their song ‘Walk It Like I Talk It’.

Following Drake’s remix of NERD and Rihanna’s ‘Lemon’, the Hip-Hop trio released the official video for their ‘Culture II’ collaboration, which is heavily inspired by defunct US TV show ‘Soul Train’.

The Migos and Daps-directed music video sees Quavo, Offset and Takeoff, on the set of a fictional 70s show called ‘Culture Ride’, dressed from head-to-toe in retro attire.

The trio were then joined by Drake, who stole the show with his throwback Jheri curl, while rapping his verse.

There is also a cameo from ‘game show host’ Jamie Foxx, who played a game to find the answer to the question, “Which way does the Culture Ride go?” in which the answer is “Dat Way.”

See some of the best looks from the music video below: