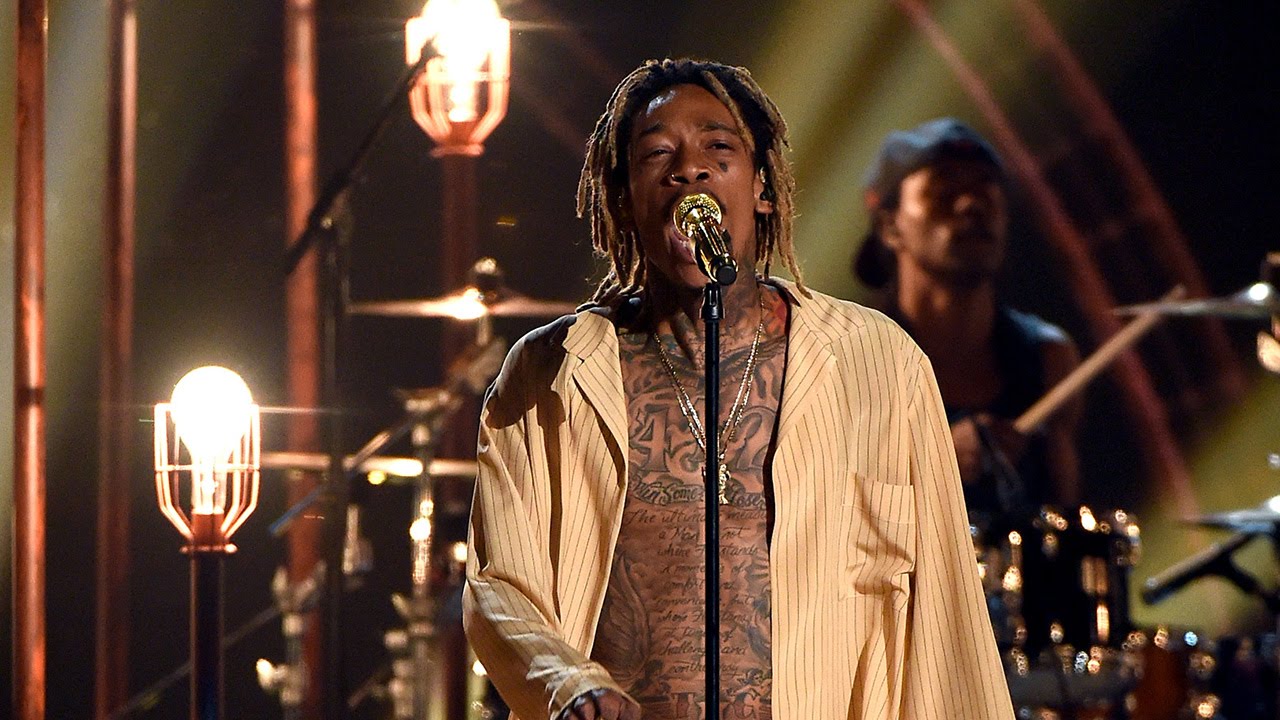 The Taylor Gang chief gave a heartfelt performance of 'See You Again' to pay tribute to Paul Walker.

Wiz was accompanied by singer Charlie Puth and violinist Lindsey Stirling for the heartfelt tribute to friend and The Fast and Furious actor Paul Walker. ‘Furious 7’ co-stars Tyrese and Ludacris made a brief appearance on-stage to introduce the track.

The Taylor Gang chief also performed “Uma Thurman”, his collaboration with Fall Out Boy, earlier in the night.

Other artists that took to the stage at last night's Las Vegas event include Nicki Minaj and Kanye West, who was booed as he was introduced by sister-in-laws Kendall and Kylie Jenner.