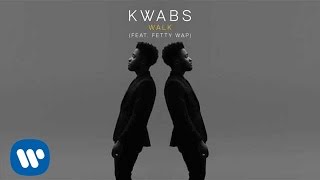 UK singer Kwabs has added Fetty Wap to the remix of his hit single ‘Walk’.

Fresh from announcing the release date of his debut album, the ‘Trap Queen’ rapper has added his own unique flow to the track.

The British soul singer and New Jersey rapper trade vocals back-and-forth in this fresh rendition of the single.

Meanwhile, it has been announced that Fetty Wap has made history on Billboard's Hot Rap Songs Chart.

The rapper quickly rose to fame with his hit singles 'Trap Queen' and 'My Way'.

However the release of his new track 'Again' has put him in the US charts for a fourth time - becoming the first artist in the history of the 26-year rap chart to have his first four singles appear simultaneously.