Watch the new video from Nicki Minaj's 'The Pinkprint' album.

Nicki Minaj has unveiled the official video for her 'The Pinkprint' song 'Only.'

In the video Nicki is seen wearing a mesh body suit over black underwear with some killer heels as she performs to camera, with collaborators and Young Money label-mates Drake and Lil' Wayne performing alongside her. 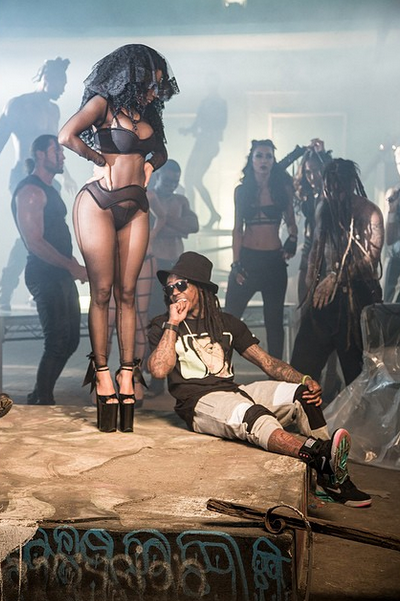 Chris Brown, who also provides vocals on the track, isn't present in the main scene, but his face is seen flashing between shots as he wears some spooky contact lenses.

Yesterday Nicki's third studio album 'The Pinkprint,' which isn't released until 15th December, leaked online. Collaborations with Beyoncé, Jessie Ware and Ariana Grande have all become available to ahead of their due date.