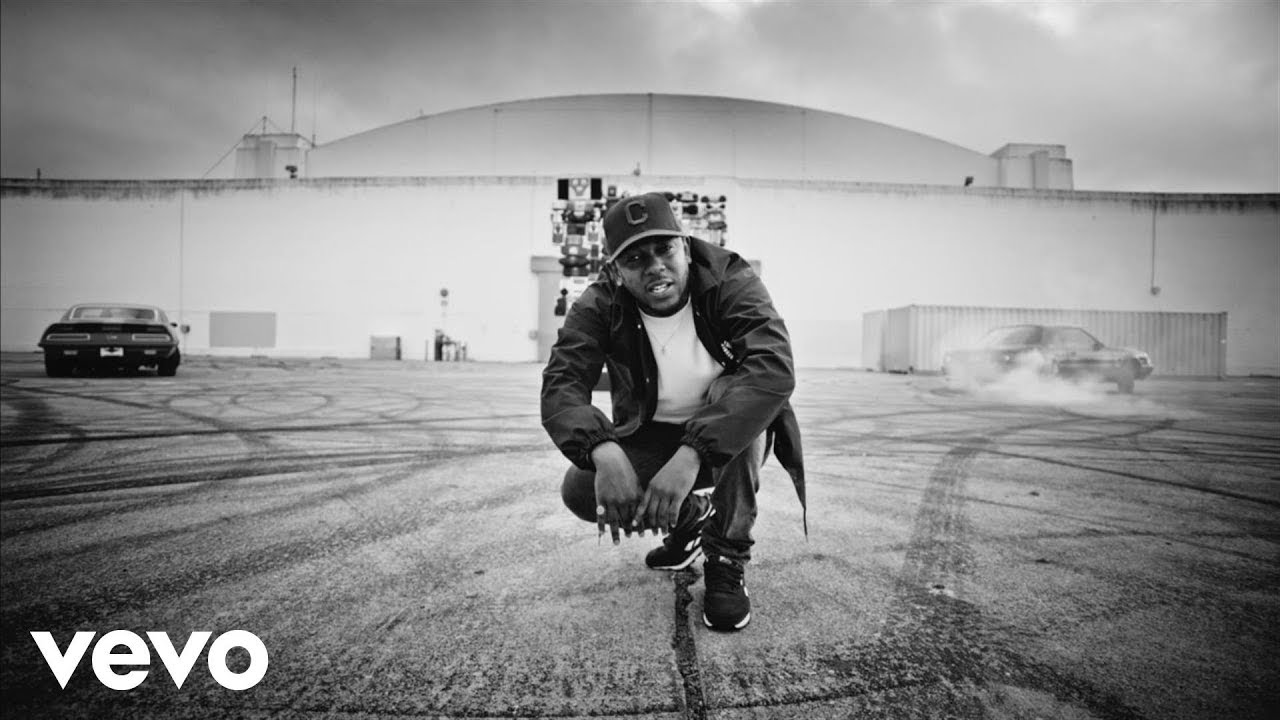 Plus hear Kendrick drop a new freestyle and extended intro on the track.

Kendrick Lamar has released a powerful music video for his ‘To Pimp A Bufferfly’ single ‘Alright’.

The seven-minute long epic, directed by Colin Tilley and The Little Homies, features an extended spoken-word intro and is prefaced by new freestyle.

“While my loved ones was fighting a continuous war back in the city, I was entering a new one,” Kendrick says in the opening, “A war that was based on apartheid and discrimination.”

>>> The Rise And Rise Of Kendrick Lamar: His Story So Far

The black-and-white video tours Lamar's hometown of Compton, while the rappers glides through the city stopping to perch on lampposts in downtown LA. Clips of Kendrick stopping LA traffic to shoot the video on top of a lamppost surfaced online last month.

The visuals contain a number of political messages alluding to police violence and harassment in the US. In the opening scene, Kendrick and his TDE labelmates are seated in a car being carried by four policemen like a litter.

Two people also appear to be shot by white police officers during the video, the first off-screen and the second Kendrick himself, in a surreal moment while standing on a lamppost, in the video’s conclusion. He seems, however, to be alright in the closing moments.