There is not one bad review of Dr Dre's 'Compton' on the whole of Twitter.

To say a brand new Dr Dre album was long-awaited would be an understatement. It's been 16 years since the legendary rapper dropped a full album and many of those were filled with rap fans hoping and praying that one day they would wake up and Dre's highly-anticipated 'Detox' album would have finally arrived.

Filled with a ton of epic features - Snoop Dogg, Eminem and Kendrick Lamar - to name a few, Twitter has gone into meltdown as everyones first-listen reviews begin to pour in.

Here's what people are saying about 'Compton A Soundtrack By Dr Dre,' so far:

Naaahhh this #Compton album got me lit this morning... Rolled into the office like pic.twitter.com/VR9TEb4Xb4

Listening to the new @drdre #Compton album got me like pic.twitter.com/PGPoVJmE0P

And then people listened a bit harder and really experienced the mixing...

Dr. Dre's mixing on #Compton got me hearing clarity I didn't know my monitors were capable of

You hear that? That's called quality recording, mixing and mastering. That is called letting instruments have space. #Compton

I need the liner notes for the #Compton album. It's so tight I want to know who played every instrument

And all of a sudden everyone felt like it was the early 1990s again.

Dr. Dre's #Compton makes me wonder what the hell I've been listening to since 1999.

I thought Dr Dre's new record would bring me back to the '90s. Instead #Compton is breaking new ground. Amazing.

Have we spoken about Kendrick Lamar's verses yet?

All Of Kendrick Lamar Verses On #Compton pic.twitter.com/8EywHLna5V

Twitter was unanimous that one person, on one verse, completely stole the show.

Eminem's verse on Medicine Man is a masterpiece. #Compton

And Dr. Dre dam well knows it. There's one stand-out lyric that says so.

"I was gettin money before the Internet, I got eminem checks I ain't even opened yet."#Compton

Hands down #Compton is the best Hip-Hop album of the year so far!

The production on #Compton is absolutely flawless. The theme and features fit perfectly. @drdre is a genius. This was worth the wait 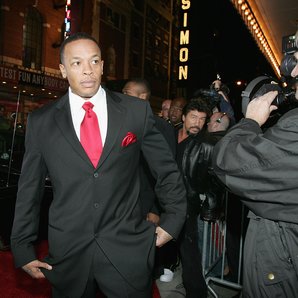