You Won't Believe How Talented This Two-Year-Old DJ Is 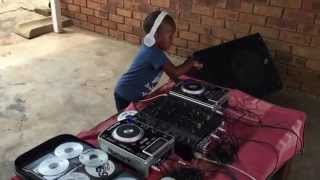 DJ Arch Jnr on it again.

He's going to be a superstar.

Most two-year-olds are still trying to master life's basic skills, like walking, talking and weeing in a bathroom. Developing skills that will help them on their career path later in life is not really a priority, but it's a whole other story for this two-year-old.

Videos showing the toddler DJ enjoying his craft have gone viral online, receiving thousands of views in a matter of days.

"He just loves music, he feels the music" his YouTube channel reads.

Check out DJ Arch Jnr in action above.