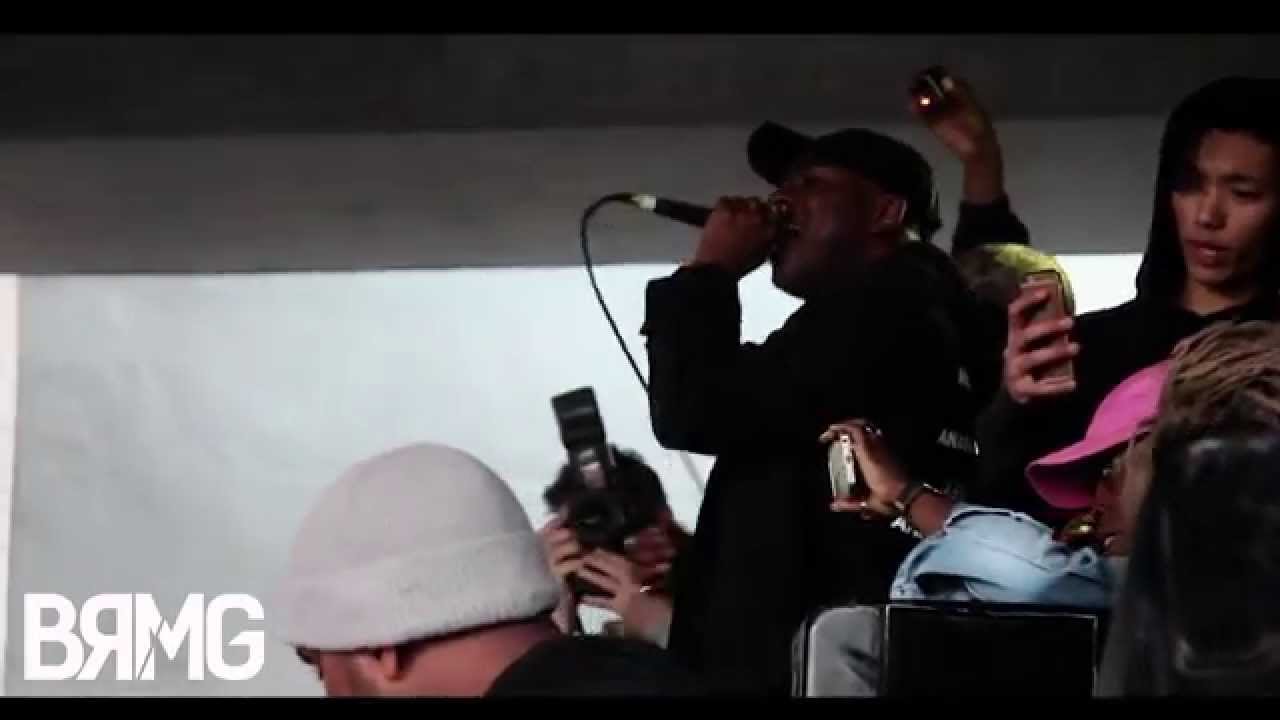 Last night Skepta took 'Shutdown' to the next level, literally shutting down the streets of Shoreditch, London to put on a free gig for fans.

The Grime MC took to his Instagram yesterday (30th April) to announce that he'll be performing in Holywell Lane Car Park from 8pm - and fans turned out in the masses for the impromptu event.

Although it might have seemed like a whim Skepta went out on, putting on a gig like last night's one has long been a part of the North London rapper's plans.

He tweeted all the way back in 2010 saying; "One day i'm gonna have a party in a car park and you can all come for free."

I love EVERY #Skepta Supporter. One day I'm gonna have a Party in a Car Park and you can all come for free. It's gonna be a Serious #MOESH

Hats off to Skepta for staying true to his word. You can watch highlight footage of Skepta performing 'Shutdown,' 'That's Not Me' and 'It Ain't safe' above.

(Warning: This video contains strong language that some people might find offensive.)