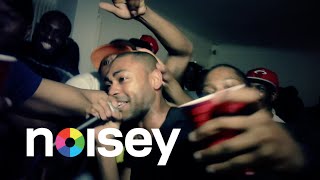 That's one way to spend a video budget.

Kano is back with his first new release in three years, 'New Banger.'

After he dropped the song live on The Norté Show last month, the East London M.C has revealed the official video for the track. It sees him take you through the steps of putting on an epic house party, including the doing food shop, hoovering the house and choosing an outfit.

Kano himself admitted that when presented with a budget for the new video he took it and "basically, I threw a shoobs (house party) for the fam."

Watch what happened above.