Skepta has now responded to his tattooed fan on Twitter, offering his commiserations for the untimely end of his relationship.

@liamscott1997 At least you now know Lauren's love weren't real, how can she finish it over a tattoo? Smh. Plenty more fish in the sea bro.

It seems like there is a new rite of passage for lads on tour holidays – grime tattoos.

One UK holidaymaker is coming back from Magaluf with a permanent souvenir after tattooing 'Skepta' in capital letters on his pelvis. Liam Scott posted images of the tattoo on Twitter earlier today, together with a screenshot of what appears to be him breaking the news to his, less than impressed girlfriend. 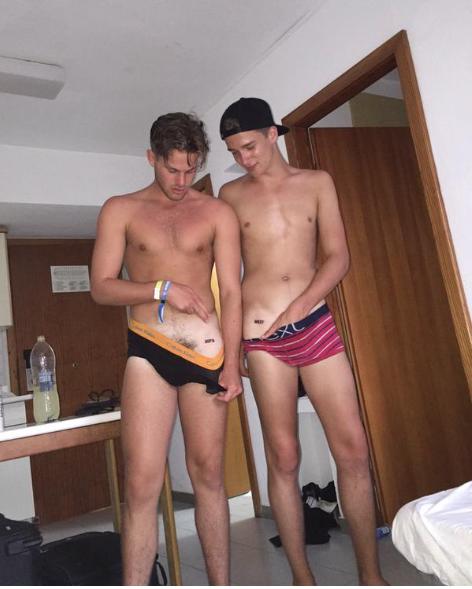 In the texts his partner describes the tattoo as "embarrassing" and ends the conversation by writing "I don't even want to be with you anymore".

By some coincidence, another image of a separate Skepta-related tattoo has also emerged online. The second tattoo, a photo of which was posted online by another guy on holiday in Magaluf, is of the title of the grime MC's hit 'That's Not Me'.

I've got "that's not me" tattoo'd on my foot now. @Skepta #3rdMagaTattoo pic.twitter.com/GAEry0yaj5