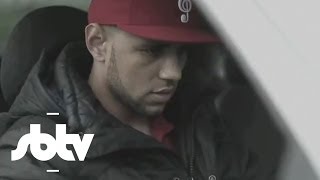 Introducing Meridian Dan, the grime artist that is making waves with his new single German Whip.

First on the grime scene as just 'Dan,' you might recognise his voice from the underground Skepta track Private Caller, back from the days he was a loose member of Boy Better Know group Meridian Crew.

But now Meridian Dan has signed with PMR, the home of huge British acts including Disclosure and Jessie Ware, and has got his feet firmly in the grime scene with the new track that sees him hook up with Big H and JME.

He said: 'I am over the moon about signing with PMR, and to be an artist on their super roster. We share a vision for broadening the scope for Grime music'.

If you've not heard the track yet hit play and enjoy watching the boys with their German whips.