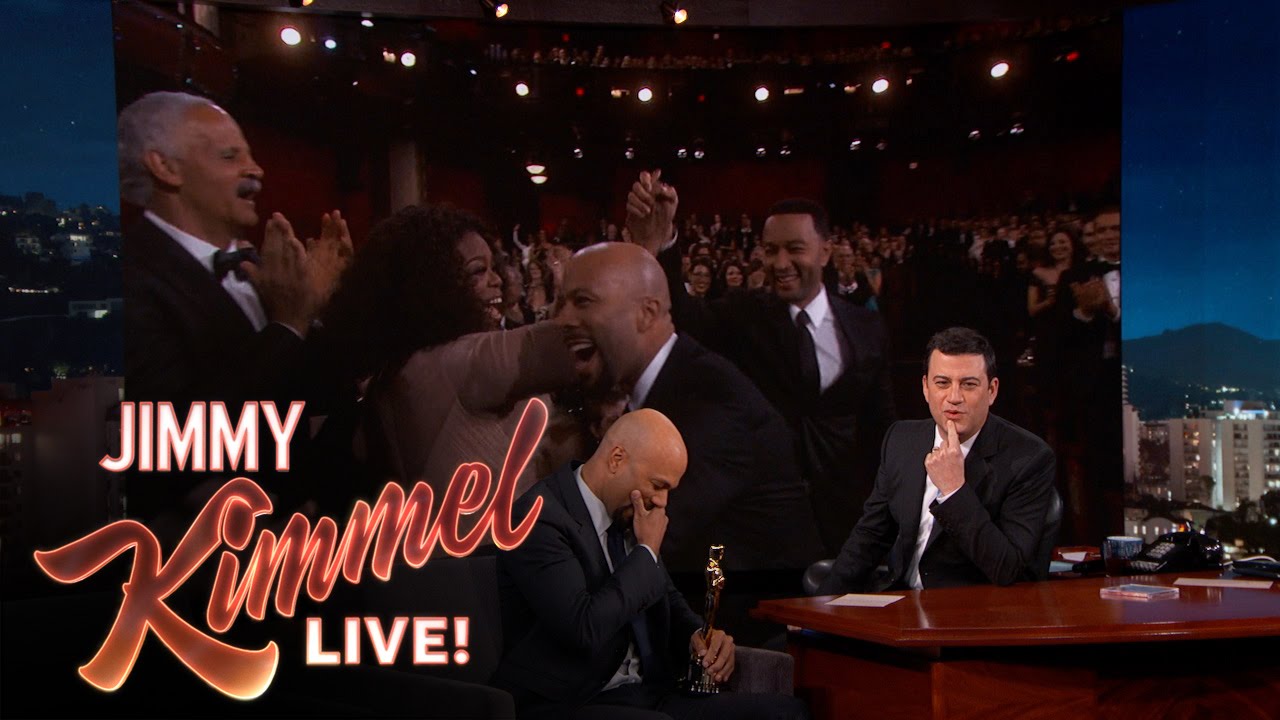 The high five just wasn't there.

When Common and John Legend won their Oscar last weekend, everyone wanted to congratulate them - including Oprah. But sadly for Common, he was caught on TV leaving the chat show host hanging for a high five.

Recalling what happened on Jimmy Kimmel Live, Common revealed that he had spotted the lead actor in Selma, David Oyelowo, and went to congratulate him, not realising that Oprah was waiting for a high five until it was too late.

Fortunately, John Legend was there to save the day, but that didn't stop Common from phoning Oprah to apologise - watch the video above.

During the interview, Common also revealed what Jay Z had said to him after his win for 'Glory'.

"Jay Z told me don’t put it down though. He said, ‘Carry it everywhere'," the rapper said.