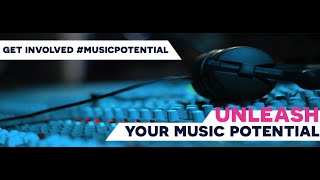 Watch highlights from the big day.

This summer Music Potential took over the Barclaycard Stage at one of the biggest Music Festivals in London.  In late June, four Music Potential Alumni were given the opportunity to open up the event at British Summer Time.

Music Potential were also given the opportunity to join Nile Rodgers on the main stage with the rest of his celebrity chums, including Sam Smith and Kylie Minogue for his encore performance. Nile is known for many No1’s including his feature with Daft Punk & Pharrell Williams smash hit ‘Get Lucky’.

Music Potential stayed up all night for good fun and if you consider; receiving VIP treatment, schmoozing backstage, witnessing the greats perform, singing full volume and uploading their phones with more selfies than Kim Kardashian, Lucky! Then yep, they sure did Get Lucky.

Check out the Gallery below of what went down and watch the amazing performances above.