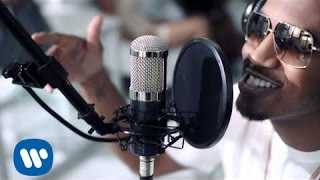 Trey Songz - About You [Official Video]

Trey leaves hotel in a bit of a mess.

Trey Songz has released a video of 'Trigga Reloaded' album track 'About You'.

The video follows Trey as he throws a crazy party in a hotel before playing a show. By the time the hotel's security arrive to put a stop to it, Trey has already cooly slipped out of the building.

>>> 14 Things You Need To Know About Trey Songz

'About You' is one of four new songs that appear on Trey's recently released album 'Trigga Reloaded', an expanded reissue of his 2014 album 'Trigga'. Watch the video above.