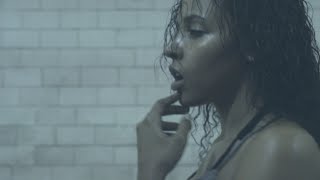 Tinashe will release her new album in November.

Tinashe has released a short video for ‘Aquarius’ album tracks ‘Bet’ and ‘Feels Like Vegas’, signalling the end of her current album run.

The six-minute video, directed by Stephen Garnett, begins with a sweaty Tinashe in a tunnel doing lunges, while a mash-up of her singles ‘2 On’ and ‘Pretend’ plays in the background.

The R&B singer then shows off her flexibility while dancing through the tunnel in her workout gear.

Tinashe is expected to release her second album in November, which will follow-up 2014’s ‘Aquarius’.

The upcoming album will include production from the likes of Dr. Luke, Max Martin and Boi-1da.

She recently told Billboard: “I don’t see myself as an urban act. I want to have mainstream success that doesn’t feel forced or label-made.”