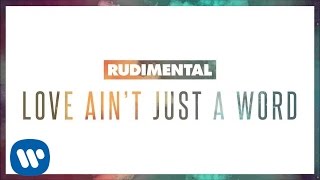 Rudimental have released a new song from their upcoming second album, 'We The Generation'.

“We grew up with Dizzee; we all used to hang out as kids together in East London. We were working on a track and thought he’d be perfect on it, so invited him over to our studio, Major Toms. He came over one night, liked what he heard, so wrote and recorded his verse there and then! So glad that we finally got to work together.”

The grime MC preaches multiculturalism in his guest verse, rapping "I love the Blacks, the Whites, I Love the Asians / And other persuasions, denominations / I love the thought of integration, not segregation."

'We The Generation' will be released on 18th September, listen to previously released songs 'Never Let You Go' and 'Rumour Mill'.