Featured on his highly anticipated follow-up are label-mates Usher and Tinashe, who perform on the already unveiled single 'Body Language,' as well as R Kelly, Trey Songz, Migos and his 'Show Me' collaborator 'Chris Brown' on a new song titled 'Hotel.' 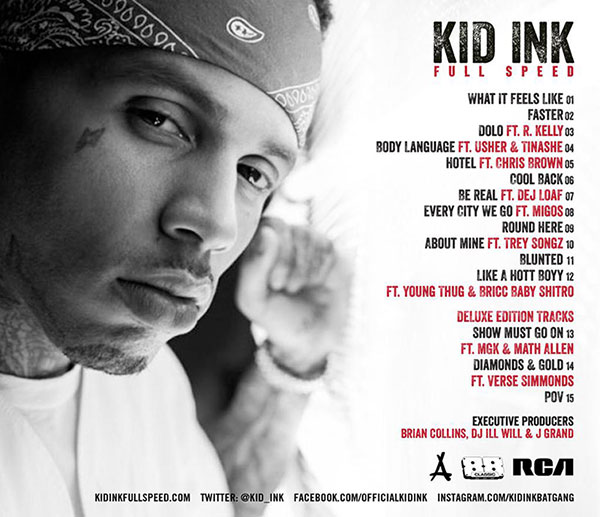 The deluxe edition of the album will feature three bonus tracks including 'POV' and 'The Show Must Go On.'

'Full Speed' follows Kid Ink's debut studio album 'My Own Lane,' released one year ago. The LA rapper found success with the Breezy assisted 'Show Me' and 'Main Chick' as well as 'Money And The Power.'

Find the full tracklist for 'Full Speed' below: