Is This The Tracklist For Kanye West's New Album 'Paris'?

If so there are some big name features.

A photo of what appears to be the tracklist for Kanye West's new album has been doing the rounds on social media.

The document shows 'Ye's new album titled as 'Paris,' and gives it a 24th November release date - the date Nicki Minaj was originally suppose to drop 'The Pinkprint' before delaying it without reason. 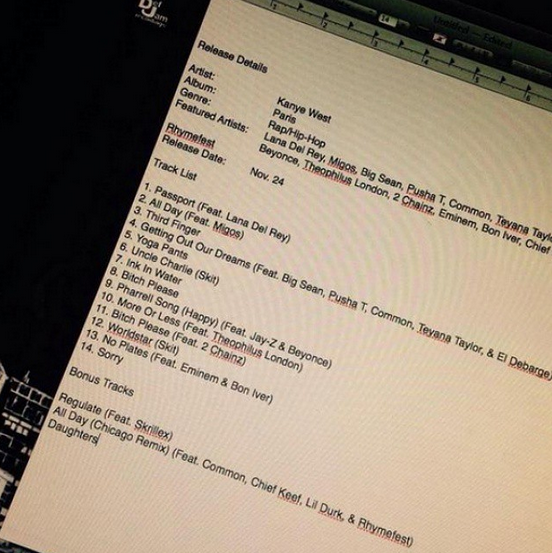 There are an array of huge featured artists on the tracklist including Theophilus London, Big Sean, Eminem, Beyoncé and Jay Z on a track called 'Pharrel Song (Happy)' and most surprisingly Lana Del Ray, who we know Kanye West is a big fan of.

It's unknown where the tracklist originated from, so we're skeptical that it is legitimate, but will keep you updated.