Kanye West Wants To Be Shakespeare According To His Bonnaroo Rant

Kanye's latest rant is really quite something.

Two things are certain when you got to watch Kanye West live: firstly, you're going to see rap hit after rap hit and, secondly, you're probably going to hear one of his infamous rants.

And at his performance at the Bonnaroo festival this past weekend, Kanye didn't disappoint, saying was "going after Shakespeare" during a long speech complete with auto-tune.

You can watch the full speech above. (Warning: it contains strong language that some people may find offensive.)

H/T to The Guardian for pointing out that Kanye's rant is effectively the best poem that has not been written down yet, so we've written it down. 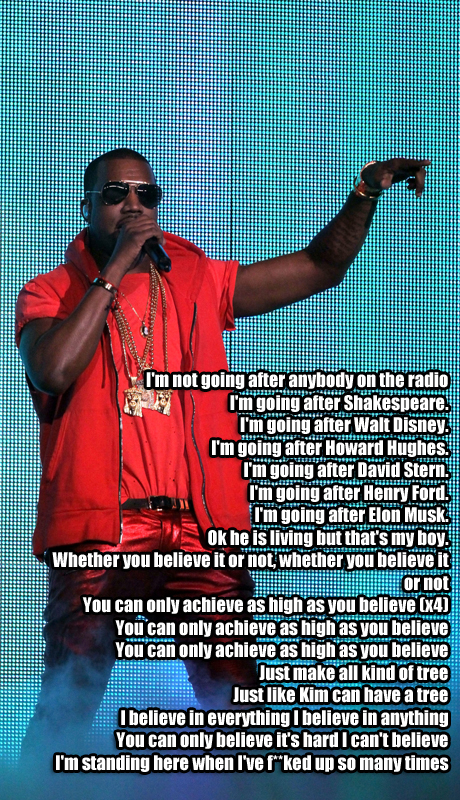