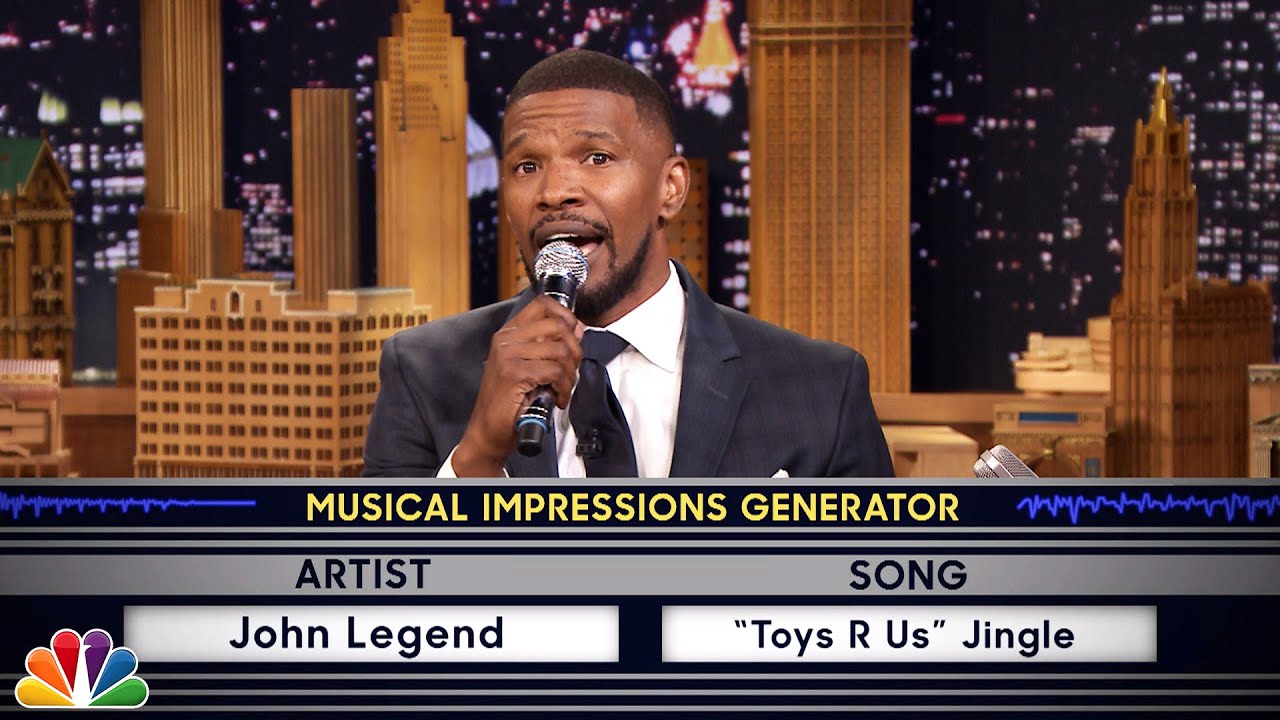 Jamie Foxx recently made an appearance on The Tonight Show Starring Jimmy Fallon, where he played a game of 'random music impressions.'

The idea is that Foxx iss presented with the name of a singer and the name of a song (not necessarily a song by the chosen artist), both chosen at random and he must sing the song in the style of the artist selected.

He was challenged to perform the 'Toys R Us' theme tune in the style of John Legend, which he completely nailed, impersonating every bit of the 'All Of Me' singer's personality and voice, before moving on to mimic the almighty Jennifer Hudson's vocals.

Watch the hilarious moment above.