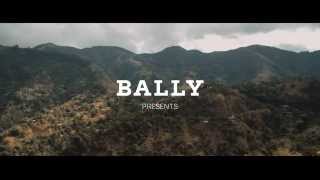 OFF THE GRID with J.Cole A short film presented by Bally

Cole takes in Jamaica in the new short film titled 'Off The Grid.'

The ‘2014 Forest Hills Drive’ rapper also hiked around the island and enjoyed the serenity of the famous Blue Mountains.

Watch above as Cole visits the Caribbean.

The two rappers have been feuding since Meek accused Drake of not writing his own lyrics.