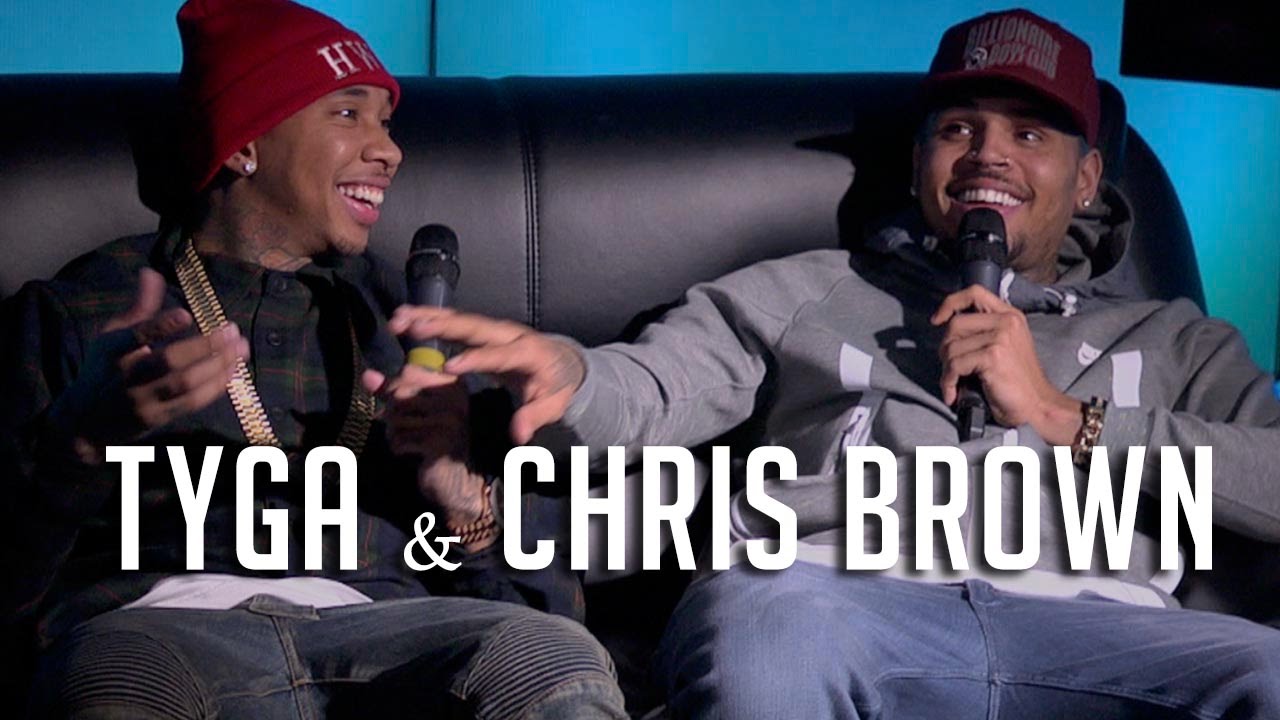 Chris Brown and Tyga discuss everything from their beef with Drake to Kanye's creativity.

Chris Brown and Tyga did not hold back in their new interview, discussing everything from their relationships with Karrueche Tran and Kylie Jenner, to Tyga's beef with Drake and Amber Rose's twerking on Breezy.

When Chris Brown was questioned about the hardest part of his on-off relationship with Karrueche Tran, the 'Loyal' singer admitted that he finds it hard to remain in a monogamous relationship when he constantly has girls hanging around him.

"The hardest part is trying to keep a monogamous relationship, but still wanting to be the 25-year-old sex symbol" he told Hot 97. "You go to shows. You might walk by Trey’s room, somebody's room, and you might see about six or seven of them thangs, and you're like, 'Dang, I just want to slide in there and have a couple drinks real quick.' And I'll tell my girl about it later."

But it is Tyga's love life that has been in the press lately, with Amber Rose claiming that he should be "ashamed" of himself for dating a 17-year-old.

Tyga however wasn't letting the bad talk get on top of him, simply saying on the subject; "I just feel like it's nobody's business. If I love her and I love her as a person, then that’s me."

Th two 'Ayo' collaborators also discussed Tyga's beef with Drake, who Breezy said he makes "hot" just by talking about him, their thoughts on Kanye West and Chris explains that video of Amber Rose twerking on him.