Will This Song Convince You That Beyoncé Is An Alien?

"She comes from the planet Beyonce, in the galaxy of Destiny's Child."

Have you ever wondered how Beyoncé manages to be so amazing, all the time, at everything?

Comedy YouTubers Summer and Eve have revealed in a new video what they think can be the only explanation - that Beyoncé is an alien.

Titled 'Beyoncé Is An Alien,' the video opens with a couple pondering on how Beyoncé manages to achieve the unachievable, like "winning the noble prize at life," for instance.

The idea is then presented to them, in song (of course), that Beyoncé is in fact an alien. 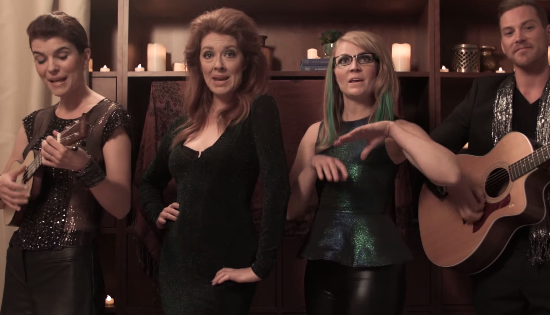 "She comes from the planet Beyonce, in the galaxy of Destiny's Child," the group sing. "Her body is made up of alien diamonds and her day has 36 hours.

"It's strange that she didn't win 'Star Search' because she comes from the stars, her hair is cosmotronic an her favourite candy bars are mars bars."

Check out the hilarious video above.