Saturday is almost sold out already!

Travis Scott and Fetty Wap have been added to this year's huge Wireless Festival line-up.

In addition to the huge US rappers, homegrown talent including Bugzy Malone, Geko and Kojo Funds have also been announced.

Check out the full line-up below:

The Wireless Festival 2017 line-up is here and it's looking BIG, with The Weeknd, Skepta and Chance The Rapper all confirmed to headline the epic event.

This morning Jez Welham exclusively unveiled the full line-up on Capital XTRA In The Morning, dropping the news that some huge names will be performing in London's Finsbury park across the Wireless weekend, on 7th, 8th and 9th July.

On Friday 7th, Chance The Rapper is set to headline, with confirmed acts Bryson Tiller, G-Eazy and Zara Larsson also performing. On the Saturday Skepta will shutdown the main stage after Rae Sremmurd and Wiley perform. And performing alongside The Weeknd on Sunday night will be Nas, Tory Lanez, Tyga and Ty Dolla $ign.

Check out the line-up so far below: 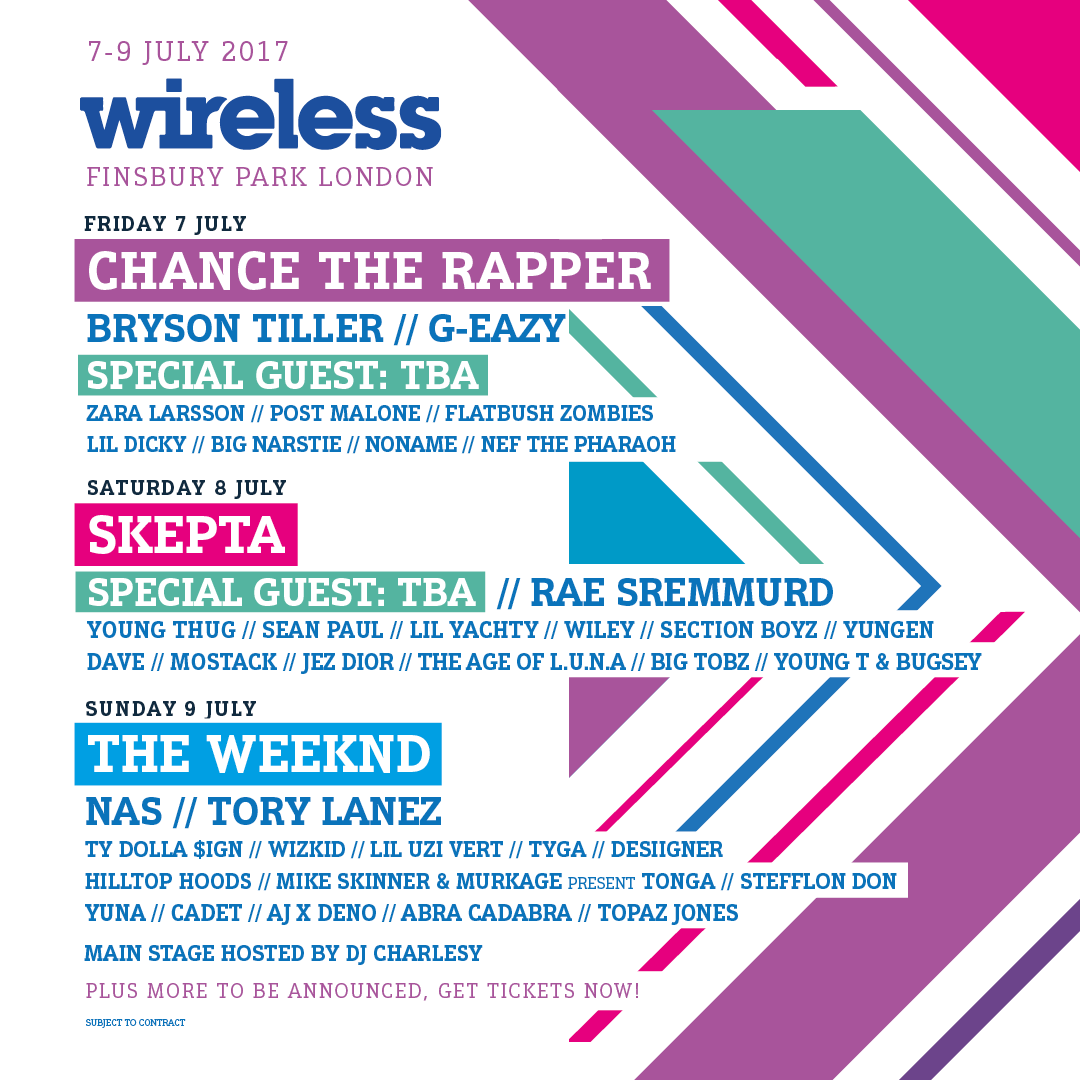 Artists announced for Wireless Festival 2017 so far include:

Tickets go on sale at 9am on Thursday 23rd February.

Click here to get your hands on tickets to Wireless Festival 2017.