Phase one of Ultra's 2015 lineup has been announced and includes Afrojack, Alesso, Hardwell and more big names.

Miami's Ultra Music Festival has announced phase one of its official line-up with big names including Martin Garrix, Tiesto and Afrojack returning to the stage this year.

See the full phase one lineup for Ultra Music Festival 2015 below. 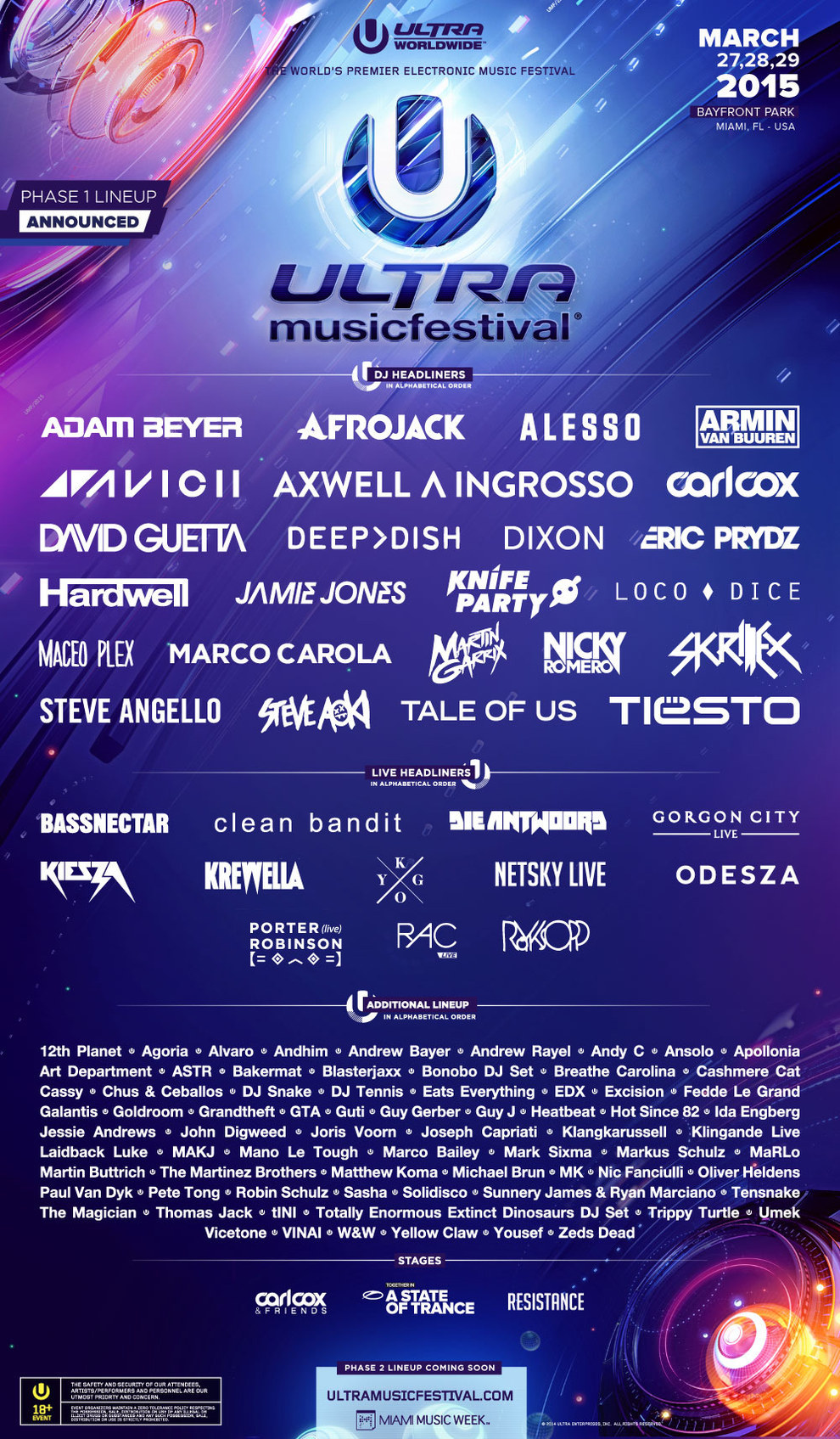 Some huge new acts that have taken the dance world by a storm this year will also be taking to the stage at its usual location at Bayfront Park, Miami.

Kiesza and Clean Bandit, who both achieved number one singles in the UK this year with 'Hideaway' and 'Rather Be' respectively, will perform for the first time. Meanwhile British dup Gorgon City will take part, likely performing songs from their debut album 'Sirens.'

Passes for Ultra Music Festival are available from their official website.