Kylie Jenner probably received more than she was bargaining for...

Travis Scott surprised Kylie Jenner with a gift of xx following the birth of their first child Stormi Webster.

The ‘Goosebumps’ rapper, who previously celebrated her 21st birthday with a live string orchestra in her living room, brought the lip kit mogul 443 flowers.

11 Photos Of The Kardashians Trying To Hide Kylie Jenner's Pregnancy

Taking to Snapchat, Travis Scott took a picture of the countless bouquets of flowers and revealed they represented the exact time that Stormi Webster was born.

“443 from my love a few days ago. The time she was born,” he captioned the image. 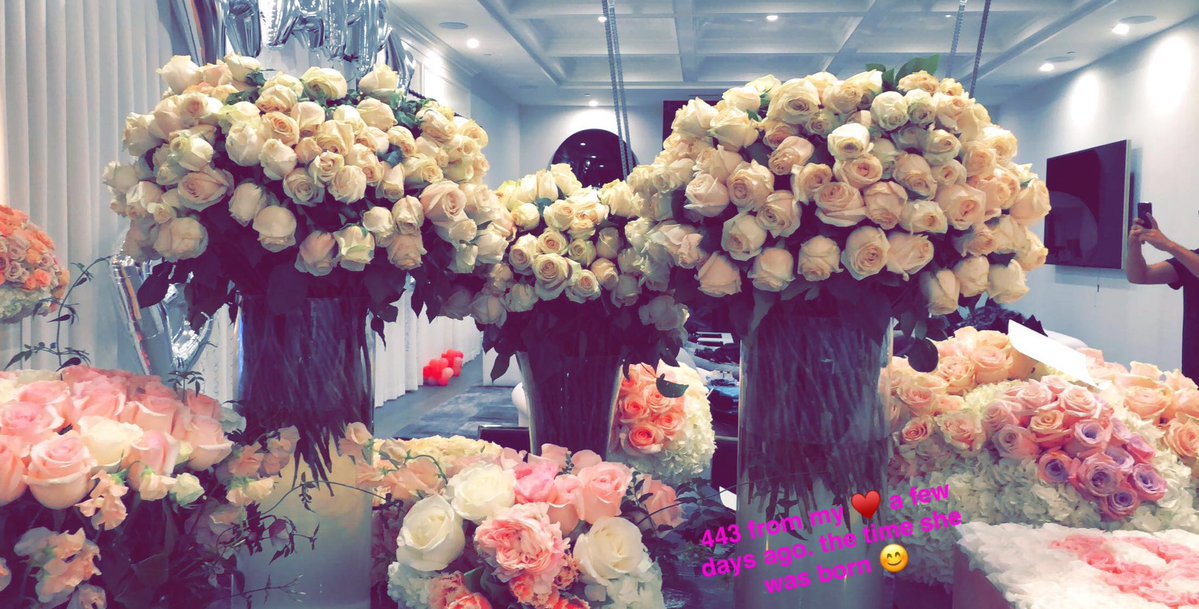 Fans quickly took to Twitter to react to the gift:

GURL. Travis Scott got Kylie Jenner 443 roses cuz their baby was born at 4:43. Celebrities be extra wild spending that much on flowers that’ll be dead in a week.

So Travis Scott gave Kylie 443 flowers to mark the time their daughter was born, 4:43 p.m. And I can't afford to by myself half a dozen roses...or one.

TRAVIS SCOTT SENT KYLIE 443 FLOWERS BECAUSE THEIR BABY WAS BORN AT 4:43 IM FINE

Following the birth of his child with Kylie Jenner the rapper took to Twitter to express his happiness, describing baby Stormi as a “rager”.

Kylie Jenner finally broke the long-awaited news about her pregnancy and birth in an 11-minute YouTube video.

The footage documented her journey throughout her time away from the media spotlight.