The UK rapper, who used Lil Kim as inspiration for the artwork, has collaborated with some of the biggest names in UK and US music.

Taking to the photo-sharing app, Steff showed a screenshot of the incident. 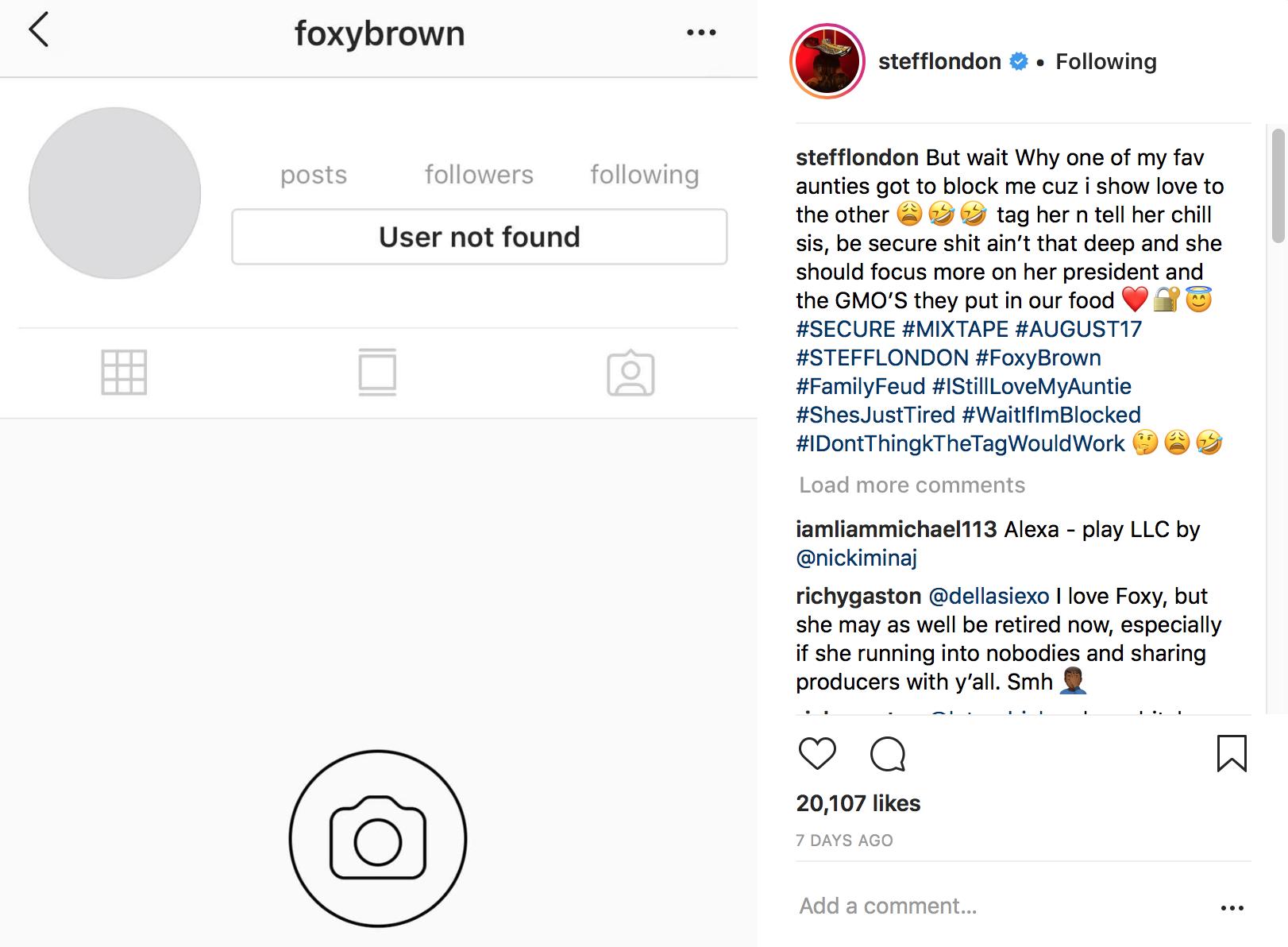 “But wait Why one of my fav aunties got to block me cuz i show love to the other,” she said.

"Tag her n tell her chill sis, be secure sh*t ain’t that deep and she should focus more on her president and the GMO’S they put in our food."

Who is Bobby Shmurda's girlfriend Lilly?

When is DMX's funeral? Rapper's family speaks out