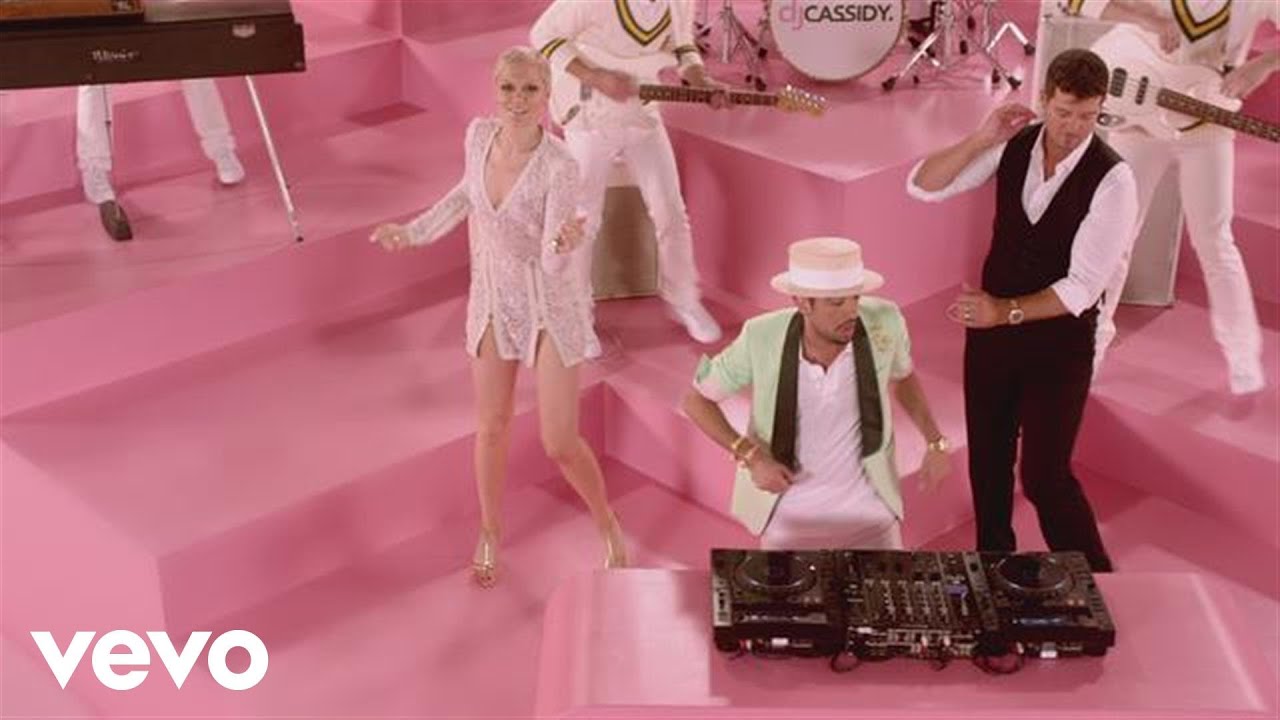 Watch DJ Cassidy, Robin Thicke and Jessie J get in the summer mood in their new video.

The official music video for DJ Cassidy, Robin Thicke and Jessie J's new single Calling All Hearts is here and it's in keeping with the song's summer vibe.

The video sees all three hook up to perform the song alongside a band, with props including palm trees and sign reading 'Paradise Royale' in the background.

As it goes on all three dance get their own turn in front of the camera as they dance in front of a pink screen.

There's also a small cameo at the beginning and end of the six and a half minute video from model and Celebrity Big Brother contestant Danica Thrall.