M.I.A. has blasted the female chart-toppers.

British rapper M.I.A has accused Beyonce and Rihanna of ‘stealing’ her music.

The 'Paper Planes' star put the heavyweight duo on blast in an interview with Q magazine, claiming that they have been copying her sound without giving her any credit.

"I’m fine with Madonna or Beyoncé or Rihanna being inspired by my work," explained the musician.

"But I would like them to then go, ‘Yeah, this immigrant who came out of nowhere influenced us, so maybe not all of them are f***ing terrible.'"

"They don’t even think like that. They go ‘Yeah, maybe me stealing the stuff says she’s all right. She should be thankful we’re stealing it," she continued. 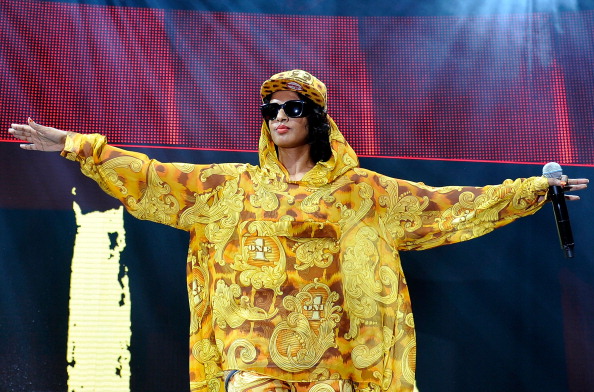 The rapper suggested that Bey has had an advantage since the beginning of her career due to her privileged upbringing.

"Beyonce comes from the school of Michael Jackson-ness. Where the family built an entire world to support you, from when you were a child. I never had that luxury," said the singer.

M.I.A's parents immigrated to England from Sri Lanka, where the rapper was raised.

Social media users soon picked up on M.I.A's comments, and were quick to slam the rapper.

M.I.A gone end up MIA if she don't leave Beyoncé name out her mouth pic.twitter.com/eebEePSsm5

When has anyone ever listened to a Beyoncé song and thought MIA?  https://t.co/RadXR5ehyE

For all we know Beyoncé Rihanna and Madonna still think "M.I.A." means "missing in action". https://t.co/Ebp016tVuu

M.I.A was quick to fire back at her critics.

So what do you think? Has Bey been taking tips from M.I.A this whole time?

Want the latest features sent straight to your phone? Download the Capital XTRA app for free