The 20-year-old has been uncharacteristically absent in recent months...

Kylie Jenner made a rare appearance on social media as she spent time with her family over Christmas.

The 20-year-old, who is widely believed to be pregnant with Travis Scott’s child, posed alongside her sister Khloe Kardashian in a festive photoshoot at the Kardashian Christmas Eve party.

Although the reality star is yet to confirm her pregnancy, she has kept her torso out of all videos and pictures across her social media platforms since the news was leaked back in October.

8 Photos Of The Kardashians Trying To Hide Kylie Jenner's Pregnancy

Khloe Kardashian, who recently made her own long-awaited pregnancy announcement, also made sure their picture together hid Kylie Jenner’s potential baby bump. 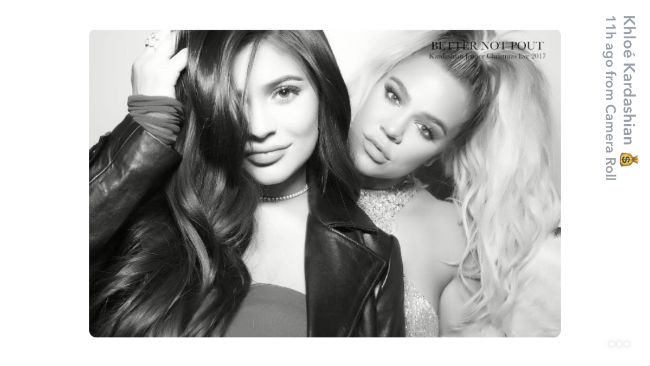 People believed the reality star would finally make the announcement on the family’s Christmas Day photo.

But were left disappointed after Kim Kardashian’s ‘Day 25’ Instagram picture didn’t feature her.

I’m so mad!! Where’s Kylie Jenner ??? This is bs I’ve been waiting all day for me not to see her ? Kardashian’s Christmas card pic.twitter.com/7joIeMhu21

going by the Kardashian christmas card, Kylie Jenner is either totally pregnant or her whole family absolutely fucking hates her.

Lmao I burned so many calories jumping to conclusions of how Kylie was gonna be in the card. pic.twitter.com/nx864joEJX

IS KYLIE JENNER PREGNANT YES OR NO pic.twitter.com/J9bYOl0c7P

Rumours suggest that Kylie Jenner is expecting her first child in early 2018, which is a similar time to Kim Kardashian and Kanye West’s third child via surrogate.