Kylie Jenner has posted her first selfies with her baby daughter Stormi Webster.

The reality star posed with the adorable 2 month old child for three black-and-white pictures that she shared with her 106 million Instagram followers.

In the pictures, which she simply captioned “Stormiiiiiiiii”, the 20-year-old is laying next to her daughter and smiling. 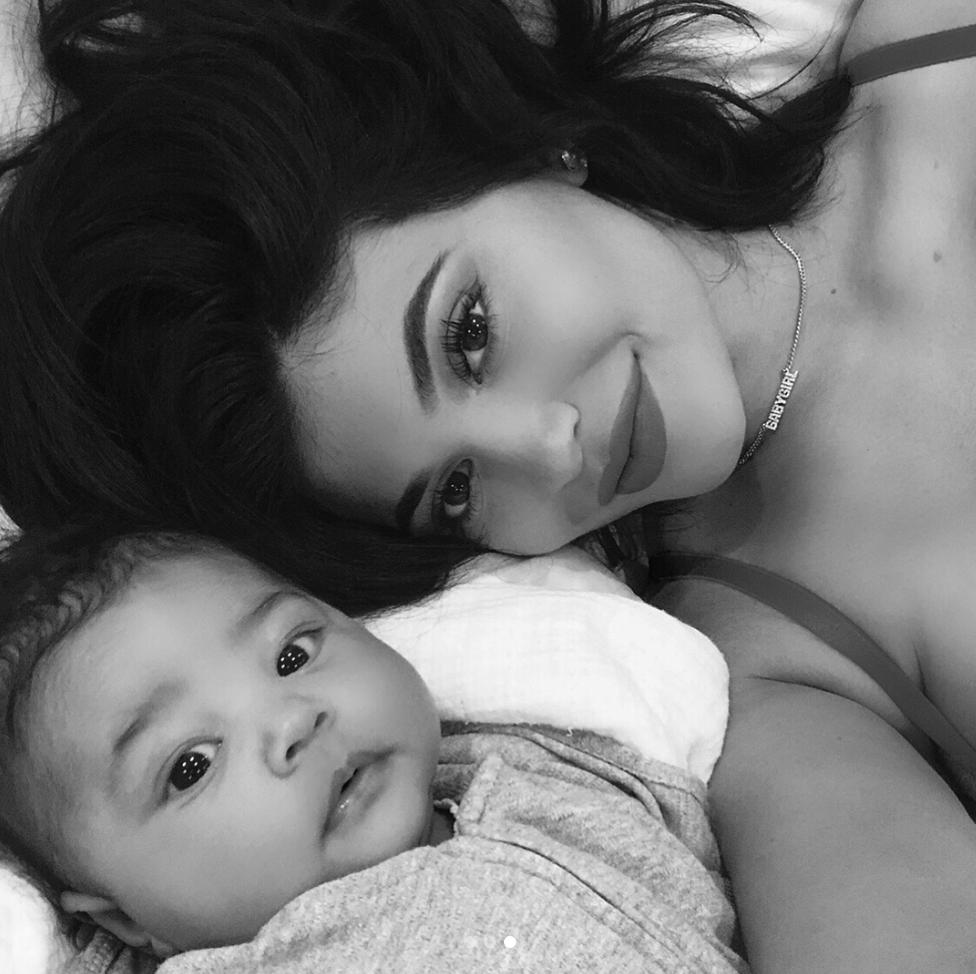 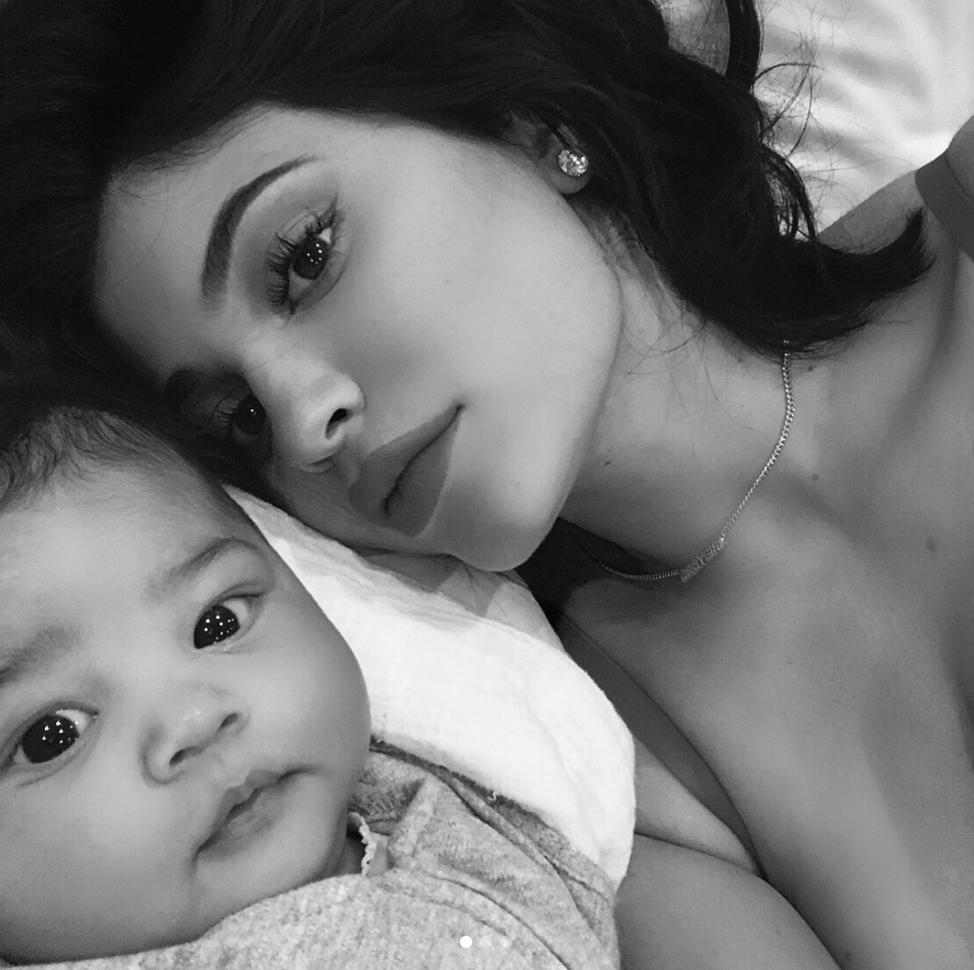 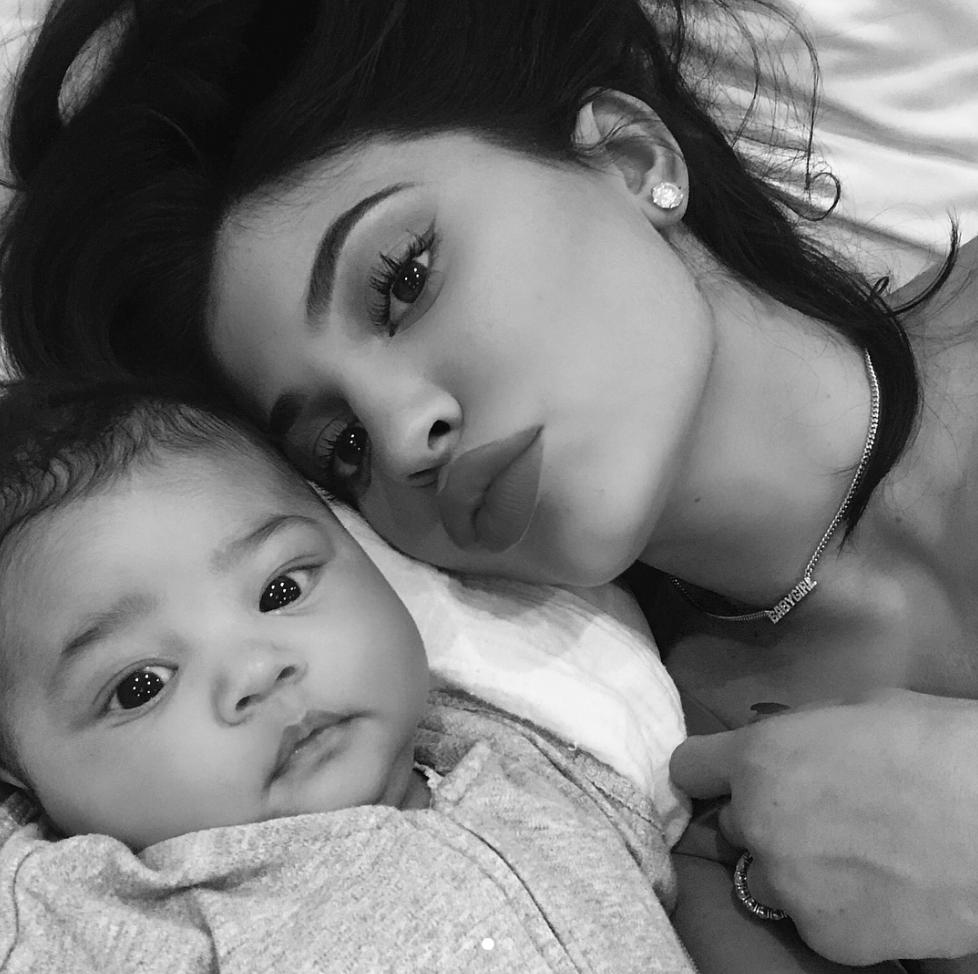 Her sister Kim Kardashian commented under the photos, writing: “OMGGGG” with three heart-eye emojis, while fans also shared their appreciation.

Interestingly, some fans were quick to spot an apparent engagement ring on her ring finger, sparking rumours that she is now engaged to boyfriend Travis Scott.

The pair have kept their relationship very private since they first got together and similarly kept their pregnancy highly-secret until releasing a mini-documentary about the birth.